Lamentations of The Ashen - In The Burden of The Heart's Plaint 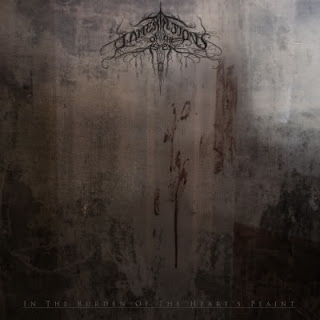 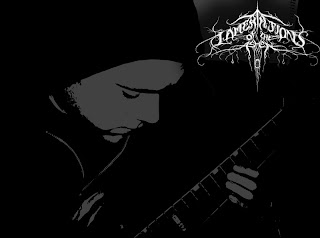 The Little Boy Inside Is Crying.

Lamentations of The Ashen is a depressive black metal project from New Mexico. This is the project's first full-length album and does what any fan of the genre wants it to do, get you down and low emotionally. This record is filled with five tracks of intense black metal before you get any further, you should know that.
First off, if you're expecting anything along the lines of what Neige has done for the depressive scene, or even Kim's work (Lifelover, Hypothermia), you'll be sorely disappointed. This is fairly standard depressive black metal, nothing all too special is to be found on here that separates it from other projects or groups in the genre. What you can find is well sounding acoustic guitars, monotonous guitar playing when it is distorted, howling vocals that sound like banshee cries, and a heavy use of dark atmosphere.
Beyond all of that however, I found that Don, the creator and sole member of this project, has a decent grasp on the music he's playing. It's nothing new stylistically, but I found that the songs, while monotonous, actually managed to flow, and despite the longer song lengths, pass by quite quickly. The songwriting on here is a bit better than average as well, with more melody being used during the heavier and more distorted moments on here. The acoustic moments also were very rewarding in that the atmosphere that surrounded sole acoustic passages was very open and sounded like someone playing right in front of you.
When you take into account that the music on here was actually good, it makes it almost a shame that the vocals are so average for the genre that it nearly ruins songs where the vocals are more prominent, See My Struggles. Bon's vocals are high shrieks that are just filled with reverb that it echoes out whenever he screams. Most of this album is instrumental though, so they are ignorable with for the most part.
Overall, this is an alright album at best that does indeed showcase promise for what could potentially become a standard name associated with the genre. There are still lots of potholes in this album where things just go wrong, but for the most part it's actually a fairly easy album to sit through. If you like depressive black metal that is also a bit more melodic, check this out.
Overall Score: 6
Highlights: Tresses of Enamoured Auburn, ...In Dreams Painted Red
Posted by maskofgojira at 11:25 AM