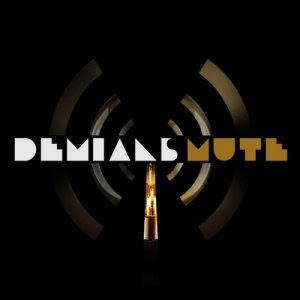 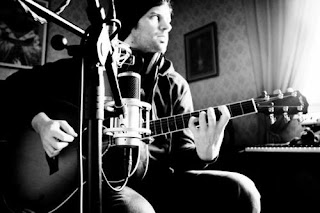 Unfortunately There's No Such Thing As A Demians Tree.

Demians is a progressive rock group from France. The group gained success with their debut, "Building An Empire," which was entirely written and recorded by founder Nicolas Chapel. That recorded was applauded by Steven Wilson (Porcupine Tree) and was later followed with a tour together.
In many ways it wasn't all that surprising that Demians was praised by Steven Wilson and toured with PT and bands like Anathema, their sound is remarkably similar. Lush textures of sound create big and epic sounding songs that keep a nice hook for a chorus. Subtle vocal lines are sung similarly to the two bands above, so it's no surprise that they were able to tour together. But, in many ways that is what has made this record so different to the debut.
The debut was clean, sterile in fact, being very polished, filled with many different textures throughout any given track, this album contains a sound that is much more raw. Said to be recorded in only one or two takes, this album is a bit more "real" and personal sounding. Due to the stripped down nature of the record, the overall feel of a lot of these songs is a bit heavier, more metal in several cases, Feel Alive and Rainbow Rus.
Despite being a rawer record, this album still contains the experimental and progressive tendencies that the debut had. There are more than a few tracks on here that aren't rock based track and have more of a trip-hop or electronic feel to them. Some of the best moments on this album are the soft and more quiet moments of piano, Black Over Gold, where more emotion is visible. These moments recall a bit more of a modern Anathema style more than Porcupine Tree, but both of their influence can be seen on here, Overhead seems a bit like the band's own version of PT's classic show-ender Trains, moving from a acoustic and voice into a big metal sound.
The real treat here is how much evolution the band/project has gone through since the debut. No one will dispute the impact the debut had, holding the PT influence very close to home, both in style and composition, long epic tracks, even an epic 16 minute closer, but this album is, as mentioned above, simplistic in comparison. Tracks on here don't need to be epic 10 minute long tracks to reach where they're going, reaching their desired ending closer to 5 or 6 minutes, giving you a hook somewhere along and just letting it flow instead of build up.
Overall, this is a nice follow-up to the debut, but is perhaps not as powerful simply due to the debut coming off so strong. This album still has plenty to work with despite that, including plenty to keep fans of the debut coming back. If you don't yet know about this group, it's worth checking out.
Overall Score: 7.5
Highlights: Porcelain, Tidal, Falling From The Sun

Posted by maskofgojira at 12:25 AM