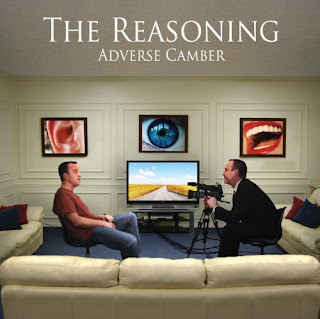 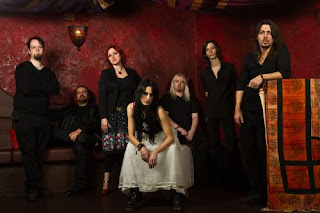 The Reasoning is a progressive rock group from the UK. The band form back in 2005 by leading members Matthew Cohen (bass), Dylan Thompson (lead guitar/lead vocals) and Rachel Cohen (lead vocals)who have since been the main songwriters as well. The band also gained notoriety on their debut album, "Awakening," by having Steve Rothery of Marillion guest on it.
For a prog rock group that had a member of Marillion guest on one of their albums, this album is surprisingly heavy sounding. Granted, if you're expecting the equivalent of a metal guitar sound, you'll be a bit disappointed, but this is a bit more rock sounding than can be said of a lot of bands in the genre, that I've heard. The music doesn't rely solely on the guitar, but it does make the sound of the band a bit more appealing to someone that isn't a big fan of keyboards, but that's in there as well.
Onto the music itself, while it is heavier than most bands that are considered "prog-rock," they still maintain their instrumental prowess and like to demonstrate it through solos, of both guitar and keyboards. The dynamics of the band aren't really focused on creating atmospheric soundscapes or jamming section, the songs on here are fairly concise songs that are easy enough for anyone to wrap their head around within even a first listen. This entire album is also pretty short compared to a lot, think of a band here and chances are that it'll fit here, of prog groups from any era, this is only six tracks equaling up to just over 40 minutes, but each track is a bit different from the one that came before it, giving it a bit of diversity while keeping a core sound dominant.
Since I don't want to mislead any person that decides to check this out, just because this album features a heavier guitar sound, does not make this album an album that is based upon the guitars being solely heavy instruments. Hear the track Script-Switch Trigger to hear the guitars get into a more folky side of the group, recalling a bit of that Marillion feeling. There are moments on The Thirteenth Hour where the band get a bit more atmospheric as well, so not to tell lead you to think that this is an actual heavy rock album.
The vocals are really what makes this band, not so much unique, but different, and not because they are female vocals. The music is prog rock, but Cohen's delivery is slightly folky and beautiful, hear Through The Now. Her vocals don't really soar over the top of the music, but almost gently caresses it as they intertwine together.
Overall, this is a great album that has enough to keep you listening due to it's musical depth and it's short length. There weren't any points on here that really seemed to drag on too long, but that's all subject to opinion anyway. If you like a heavier side of prog rock that has no problem getting mellow for a little while, this is something you've got to hear.
Overall Score: 8
Highlights: The Nobody Effect, Through The Now, 14

Posted by maskofgojira at 9:47 AM