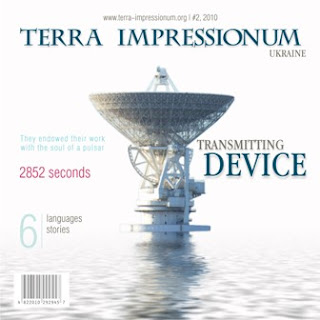 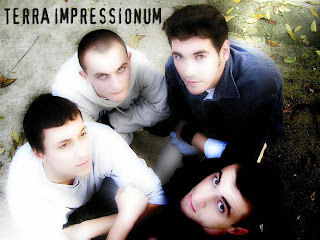 No Joke, That Is The Real Cover.

Terra Impressionum are an avant-garde/black metal band from the Ukraine. This is their second full-length album and demonstrates a more focused sound. While being young their sound showcases a lot of different styles, which can be a sign of being a young band, but also shows a lot of maturity in songwriting from the first record.
As soon as this record starts, you can hear the evolution from the first record. The keyboard solo that opens the first track moves into a more progressive styled track that is a bit less jumpy than their debut record was. Songs flow a lot better as well, when moving from a brutal death metal part into a mellower and jazzy section, it sounds more coherent, this is demonstrated due to the longer song lengths.
With music that shifts around a lot, so must a vocalist, and thankfully that's a point where Terra Impressionum succeed. The music on here is diverse and the vocals actually keep up, moving from low baritone croons, more tenor singing, brutal death metal growls, and high pitched black metal rasps. There are also several moments on here where the vocals perform the classic avant-garde vocal technique of call-and-response using different vocal styles to convey the different attitudes.
I found that the melding of genres had become more condensed into elements of extreme metal, a bit of electronica, and some jazz on this album, bringing the overall sound of a song a better flow. Most groups put under the avant-garde label often blend too many genres to really keep a grasp on any given song, on here however, the songs are easier to follow along with. This has lead me to believe that the band are moving towards progressive metal, or progressive extreme metal, rather than staying in the sometimes disrespected avant-garde scene.
Overall, I found this to be a very well executed and performed album with a lot to like. This is album, as stated before, shows a very good amount of growth within the songwriting of the band and moves them a bit more into the prog genre and less avant-garde. If you like progressive metal that is a bit extreme and weird at times, check this out. This comes highly recommended.
Overall Score: 9
Highlights: TRDE1012+420, TRDE1015+501, TRDE1017+425
Posted by maskofgojira at 6:05 AM