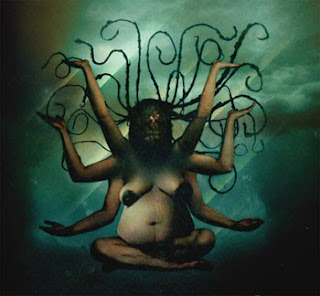 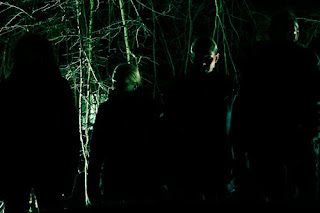 This Is What Neurosis Would Sound Like If They Played Sludge Metal.

Mother Susurrus is a sludge metal band from Finland. This is the debut recording of the group and features two epic tracks. As with most in the genre, comparisons have been and will be made.
The two tracks that make up this EP are both over 10 minutes in length, providing a listener with over a half an hour's worth of music. But the music itself is pretty much standard sludge/doom metal with a bit of the post-metal vibe as well. The music obviously builds a lot before breaking down and making things quieter for a while. This does actually work to their advantage on here, as the guitar tone on here is crushing, so softening things for moments at a time stop these epic songs from feeling as long as they actually are.
Like the genres suggest, this moves along at a slow pace from start to finish, building and falling along the way. When comparing the two tracks on here, the second track, Apocatastasis, stands out as not only being the longer track, but also the one with a more unique take of the sound. This track grooves a lot more than the previous one and really becomes more dynamic by adding textures of guitars and keyboards throughout the track.
Overall, this is a decent first effort that shows a bit of promise. Nothing on here could be called original by any means, but these guys could really go places if they continue on the path of long epic tracks. If you like slower metal, doom, post, sludge, this is something to check out.
Overall Score: 6
Highlights: Apocatastasis
Posted by maskofgojira at 11:06 AM