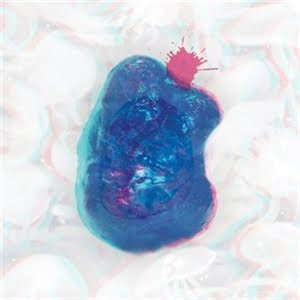 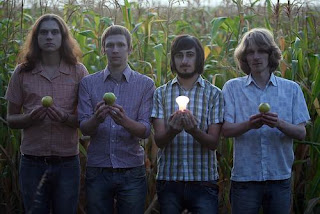 +\- are a mathcore band from the Ukrane. The band take influence from both metal and hardcore in a similar way to their American counterparts Converge and the Dillinger Escape Plan do. They cite bands and artists from genres ranging from jazz to grunge to technical metal in their influences.
Right off the bat, these guys punch you in the face with something that wouldn't be out of the ordinary on a Converge record with Fog Lights. This track is short, aggressive, filled with a punk-like energy, but used clean vocals. This description can pretty much sum up this whole record, it's like a rush of adrenaline that is just bursting at the seams with energy, but is short lived. However each of these short bursts is filled with wild fretboard play that do showcase a high amount of technicality.
None of the songs on here are all that long, most don't even reach the three minute mark, so you can imagine how some of these tracks just kick you in the head then leave. But for all of their aggressive behavior and spastic playing, there is a quirkiness to this record, mainly in the vocals, but it really makes this record a bit different. It can be interpreted that this band, despite all the crazy playing, they don't take themselves too seriously which brings an almost lighthearted vibe to the entire disc, tracks like Mayday! Mayday and Mutiny Aboard really demonstrate this.
It can't be denied that there are several moments on here that scream Mike Patton in one form or another. The clean vocals on here show a certain amount of similarity to the great man himself, but aren't close enough for an impersonation. The occasional trips into the realms of weirdness also bring to mind the collaboration he did with the Dillinger Escape Plan, hear tracks like the hyper energy of Empire and the most interesting track on the album, Nimrod Glacier.
Overall, this is a fairly entertaining record that moves quickly. There are some moments that do blend together due to the songs being short, but if you're a fan of this you probably already like that fact. If you like crazy, spastic, or intense hardcore metal, the real stuff, not metalcore, than this is for you.
Overall Score: 7
Highlights: Mutiny Aboard, Brighter Than You I Light Up The Stars, Nimrod Glacier

Posted by maskofgojira at 10:39 AM