Bullets In Madison - We Became Your Family When You Died 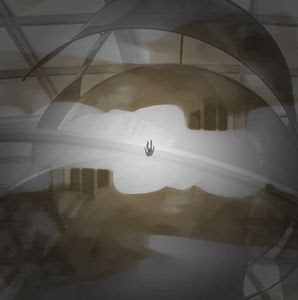 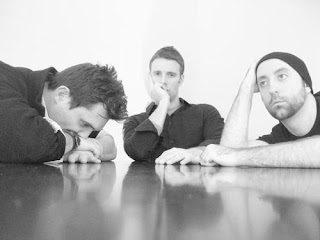 It's So Small, But Sounds So Big.

Bullets In Madison is a post-rock group from Illinois. This is the band's third full-length and has gained a fair amount of praise duo to the group's unique take on the sound bands like Radiohead and Sigur Ross created. This is a band that does not make extremely loud music, in case anyone was wondering.
Like it's more poster child predecessors, BIM hold subtly in a high regard, using delicate layers and textures on these tracks to just allow the songs to really swell. Each track on here is like a small roller-coaster will all the building and falling that a track goes through. Despite all that, these tracks still hold the accessibility that their predecessor's did as well, utilizing an almost poppy sort of sound, hear opener Impossible Grave.
The vocals on here follow a similar style to what post-rock has kind of become known for, using more whispers and spoken words more so than singing. Despite this, the vocals only enhance the dream-like nature of the music behind them. It can be said that while the vocals are present in a lot of songs, they are ultimately ignorable in comparison to the music's lush layers.
The textures on here do ultimately make up for anything bad you may think of on here. The band utilize everything from pure atmospherics to piano, violins, and horns in their songs. These lush layers of sound really make a sound that is purely based within the realm of beauty. Don't believe that just because the music on here is very dreamy and beautiful doesn't mean that there aren't moments of darkness, the track Joel Found His Angel Cowering In The Garden is possibly the darkest track on here while still remaining fairly up-tempo.
The occasional venture into trip-hop/electronic doesn't hurt the band too much either. On tracks like St. Jude, the band seem to go almost completely trip-hop, utilizing more of a dancable club type of vibe. It can be said that every one of the tracks on here is not devoid of that characteristic though, even appearing to enter into I guess could be consitered dream pop at some moments.
Overall, this is a decent release that has quite a few moments that keep you listening for what's underneath it. This is a record that is easy enough to hear everything in just one listen, it does actually require several listens for some tracks to settle in. If you like post-rock, ambient whatever music, this is something you should definitely check out.
Overall Score: 7.5
Highlights: Joel Found His Angel Cowering In The Garden, The Eclipse, This Is The Last Night

Posted by maskofgojira at 9:29 AM