The Showdown - Blood In The Gears 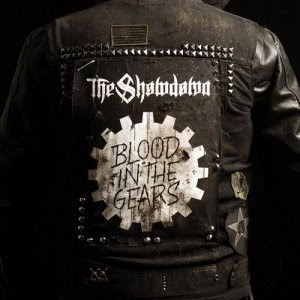 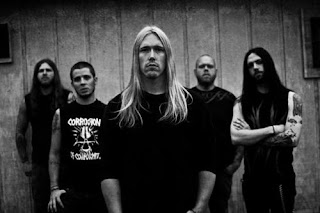 The Showdown are a southern rock/groove metal group from Tennessee. Since their inception back in 2004, the band have gone through numerous changes, from line-ups to styles. The group is known for their dynamic songs and more positive lyrics.
For those that aren't aware of the growth and evolution of this band, it's a bit unorthodox when you look at a lot of modern groups. Starting out on their first record, the band was stylistically rooted within metalcore and melodic death metal, which lumped them in with the whole metalcore movement of the time. Their second record showed a very noticeable shift into southern rock and more typical heavy metal territory that showed a bit more influence of Pantera. Their last record combined the two into a more groovy and thrash oriented sound, and that is where this record picks up.
What can be said for this group is that they have never made the same record twice. Personally, never having been all that familiar, save the singles which I've listened to on the occasion of actually remembering this band, I found this to be a hit or miss type of thing. I would imagine fans of this band are divided into those that can handle and accept their progress, and then there are those that like only one record and aren't as favorable towards the others. For better or worse the band have defined themselves as a band that will not repeat themselves.
This record, as stated, is most similar to what I heard on their previous record, 2008's "Back Breaker," by the use of more thrash and groove metal elements being utilized. Tracks like A Man Named Hell and the title-track, Blood In The Gears, perfectly showcase the blending of their more southern rock influence with more groovy and aggressive metal riffs. This record can best be described as tough-guy music, no one will dispute this fact, the preference of whether one likes this or not is a personal matter. I'm on the fence with it, I found tracks that were a bit different like slower Take Me Home or thrash influenced The Crooked Path much more enjoyable than some of the other tracks on here.
Overall, this is a solid record, nothing groundbreaking or world shattering, but a record with a few good songs and a solid stature. Whether you personally like or dislike this record, or band for that matter, you have to give them respect for actually shifting and trying out different styles rather than making similar records over and over again. If you like groovy, southern rock/metal stuff, definitely check this out.
Overall Score: 7
Highlights: Bring It Down, Take Me Home, Graveyard of Empires
Posted by maskofgojira at 7:39 AM