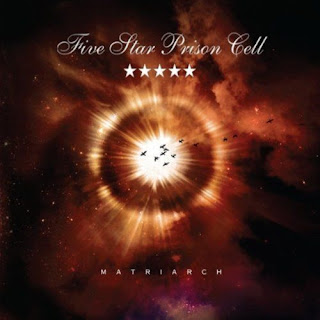 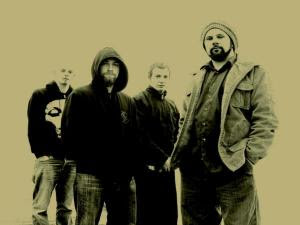 They Grind, And Then Sing A Chorus.

Five Star Prison Cell are a four piece progressive mathcore band from Australia. This is the third full-length release the band has put out, following up 2007's "Slaves of Virgo" which helped to acquire a larger fan base. This new album expands their unique style even further.
The band's sound has been a difficult one to try and pigeonhole despite still being a relatively new group to most. In previous records the band has melded together the harsh and extreme tendencies of death metal and grindcore to spastic jazzy riffs and Mike Patton styled vocals, this album seems to show a further improvement in creating songs instead of flying off the handle, though that still happens. This is demonstrated in the use of riffs that can be deemed "catchy" to any listener while still sounding like something that would be on a Dillinger Escape Plan record. Songs on here also appear to show more control, not lashing out at every moment, occasionally pulling back just enough to create some sort of tension.
The vocals have always kind of set these guys apart from the TDEP wannabes, not that these guys are anyway, but the fact that the vocals in here do show a lot of depth and range. There's enough growling and screaming that are more akin to that of extreme metal, but also many other different styles can be found on here, Book of The New Sun showcases some sort of weird Japanese-esque kind of singing, while Swarn demonstrates some really out-there cartoon kind of laughing in it. The regular singing on here is also done in a way that does stand out from other clean singers, even from Patton himself, so for vocalists, this guy is good.
Songs on here manage to make themselves varied enough so as to keep them entertaining as well as unique. It can be said that there aren't a lot of really soft or quiet moment on here, but, as mentioned above, moments that are more restrained or where the music pulls back from being unrelenting and just gets into a groove, hear a song like Airsharks. The only song that does showcase a quieter side of the band is Paramountain, a track that really is more post-metal/rock than their usual style, this track in particular really builds up and then moves into Loss of Gravitas where the building and slower tempo continue. The track Forlorn also showcases a different sort of slow down moment in the album by moving into jazz for the entire track's duration.
Possibly the only downfall of this record is that, for all it's improved song writing and focused nature, a lot of these songs aren't that memorable. Don't mistake this for saying that all of them are, tracks like Empire Made of Flesh and Forlorn exhibit both catchy riffs and strong vocal lines that are plenty memorable. So ultimately musicianship and songwriting is not the problem as much as just writing memorable hooks.
Overall, this is a really good record that only shows improvement with song writing and genre bending. If you can get past the frenetic nature of the faster tracks, you'll find an extremely talented bunch of musicians that have a unique take on "mathcore." If you like extreme metal that is actually experimental, check this out for sure.
Overall Score: 7.5
Highlights: Swarn, Loss of Gravitas, Forlorn
Posted by maskofgojira at 3:05 PM