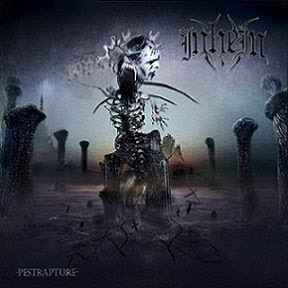 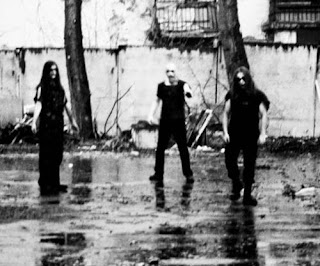 A Bag Of Tricks Is Somewhere In Here.

Inhein is an experimental black metal group from Russia. This is the group's debut full-length album and definitely shows that this is a band that like to experiment, hence the genre. Throughout this relatively short disc, you'll hear a lot of different stuff.
From the opening riffs on The Path, Inhein demonstrate that they want to be different. A mix of angular black metal riffs that drift into progressive and death metal appear to carry the track from it's beginning to it's end. This is just the first track, but it does demonstrate a style that is used throughout the entire disc, even though there are some flirtations with ambient and symphonic elements as well later on as well, although they are misused, hear the odd Infinite Sunrise. It has to be said that the band can write some solid, meaty riffs though.
The songs on this album aren't really that long, appearing like the band want to cram as much as they can into short songs, which in some cases work, but others doesn't. In a lot of cases, since the songs are doing quite a lot within only three or four minutes, it seems like an idea doesn't really reach it's logical conclusion, ending before it should have. When the band do allow a song to stretch out into the four minute mark, it does do them some good; these tracks are the ones that seem to feature some more prominent experimentation instead of one riff following the other.
Since this is only a debut, it can be looked at as a lack of experience, and I'm willing to take it for that instead of poor songwriting. Despite some rather poorly composed tracks, there is still quite a bit to like on here, as well as plenty of potential. Hopefully this band will only get better later on in their career and be able to develop a sound that is more crafted.
Overall, this is a band that shows promise in their style, but still needs some improvement in their song craft. The riffs they write are certainly catchy and sound really good, which should be able to win them over a lot of people. If you like progressive tinged black metal that isn't too proggy, check this out.
Overall Score: 6
Highlights: Angel of Decay, Unlife, Rest In Nowhere

Posted by maskofgojira at 11:41 AM