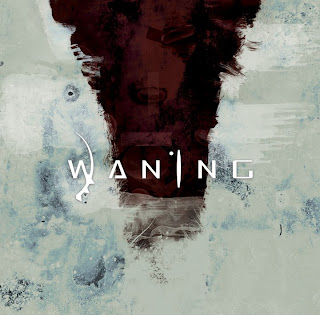 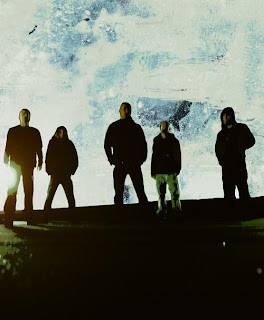 I know I can't speak for everyone but I certainly forgot about Waning for a little while there. I remember finding their first album when it came out, 2008's Population Control, and enjoying it, I even revisited it for the purpose of this review and it's still a very enjoyable album by the way, but I have to admit that I kind of lost track of the band in recent years. It wasn't until I saw a review for this album which made me take notice of the band again.
I don't know how many other people have wondered what certain genres would sound like together, but it's something I usually think about quite regularly (usually at work). Two genres that I don't recall thinking about fusions for were industrial and post-black metal/blackgaze, but low and behold this is what I've gotten. When I listened to Waning's debut full-length, there's a definite industrial edge to it that set it apart from many other progressive tinged black metal bands. That industrial and urban sensibility is retained on here, but when listening to this album it's very apparent that the band has taken in influences from post-rock or blackgaze/post-black metal bands. There is a higher degree of melodic similarities between this and some other groups that have branched out and included those elements into their sound as well but I'd definitely say that these guys have a better grip on their sound than most of those other bands. Unlike many of their peers (if you could call them that) it seems to me that Waning has a better grip on what they want to do stylistically because even though this album certainly has more of those cleaner, dreamy, guitar parts than their debut, it's still a lot more gripping and intense, even dissonant, album. It's an album that manages to retain its integrity whilst experimenting with softer and more moody atmospheres, and to me, that's both worthy of respect and praise.
Forgive me for sounding redundant but this is an album that really excited me. Due to me not really considering the fusion of these two sub-genres, among others mind you, this album came off as a very unique and powerful album. I find that while a lot of bands can certainly be industrial, not all of them have that sort of urban, dark underbelly, that this band maintains throughout their album. Unlike a lot of other black metal bands, in general here, the atmosphere on here is something more slimy and mechanical, I think of the image of a person walking through the city late at night during the winter with no one around. It's cold and dark out, but the world around you is very mechanical and bleak. In my opinion, the music on here reflects the sound of a person being trapped within a modern world and just aching to get out; but, and what ultimately helps to make this record so impactful for me, is that despite that feeling, it is in no way claustrophobic feeling. The ambiance that just permeates the background and helps to provide the album with that cold aura is something truly special and unique. I remember reading one comment someone made about this record saying that it was like a standard, or average, hipster post-rock record with black metal vocals on it, and I didn't get that at all from this record. This is a far more aggressive album than many post-rock influenced black metal records I've heard and is a lot more mechanical sounding as well. This is a far more original beast than I think it may get credit for.
Once again, this is the sort of record I just love hearing and finding out about. Although I let Waning slip through my memory before, this record will definitely keep them near the front of my memory for some time and hopefully this album brings them to a wider audience. It's got enough melody and moodiness for the hipster fanboys and girls but enough heaviness and edge to please your average black metal fan. I definitely give this record a high recommendation to anyone who likes experimental black metal.
Overall Score: 9
Highlights: End Assembly, Continuum, Through Fields of Mercury
Posted by maskofgojira at 4:59 PM