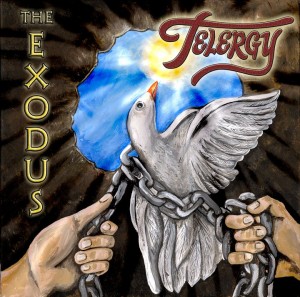 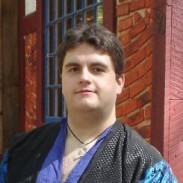 Over the course of the last few decades the progressive metal and rock community has really branched out from its roots and expanded, as pretty much every other genre has mind you I'm not putting this genre at the forefront of this, to allow musicians to work with people from all over the world. Several projects have gained huge followings despite not actually being a "real" band and making use of players from multiple countries. This is the brainchild of one Robert McClung, who has been playing music in various styles and groups for several decades now. This is apparently the first album he's made that has been exactly the style he's wanted to play for years.
Ok, this is a progressive rock album, but that label is still pretty wide open in terms of what it actually means, so what will you get from this album? Essentially, this is a mixture of 70's prog rock in the vein of Yes or Emerson, Lake & Palmer, progressive metal groups like Symphony X and Dream Theater, and symphonic rock (if I could name a group that I liked from that genre I would). I really have to say that no matter how you might view the music, you have to admit that the solos are all rockin' and definitely grab you, in a positive way. Not to say that the rest of the album is bad, far from it actually, but when those solos hit, it just soars and is like a breath of fresh air. But aside from that, the rest of the album really utilizes a lot of really solid ideas that I enjoyed, and I think any fan of progressive music would as well, ranging from the sax solo on Plagues to sitar led intro to Pharaoh's Revenge , which is probably the heaviest song on the entire album to boot. As for the symphonic elements, it really doesn't come across as forced or cheesy as I've heard from a lot of groups and is actually used very well throughout the album. It should also be mentioned that those parts aren't only used as intros or outros to songs, but are fully integrated into each track. I will admit that there are moments where things can get a bit overblown, but I think that's only natural when you're incorporating orchestral elements with progressive rock/metal. It'd be a crime not to take the time to really sift through all the different elements and instruments that aren't all that noticable on a first listen.
To be perfectly frank with you, my only real problem with this record comes in the fact that this is a concept album, and since the music itself is instrumental, the album is interspersed with sections of samples, really more story telling than anything, but it proves to be increasingly annoying. I find it extremely difficult to take any interest in a song if the intro to it is more than a minute of a sample. I totally understand that the idea is that since there are no words that are on top of the music, the way to really tell the story is through the narration, but in all honesty, I do believe that the music itself could have done that on its own. I realize that this is a personal problem with the album, but it really wasn't one that I could overcome, and it proves to be the weakest part of the album. Without those sections this album could have easily shaved off close to ten minutes.
Besides my problem with the narration I actually think this is a strong album that will appeal to any fan of progressive music. I really don't see any reason why someone who claims to like prog-rock, neo-prog, or prog-metal wouldn't enjoy this, and even fans of orchestral or folk music might find something interesting in here as well. Prog fans take notice, this could become your favorite new album.
Overall Score: 8
Highlights: Enslavement, Plagues, Pharaoh's Revenge
Posted by maskofgojira at 6:27 PM