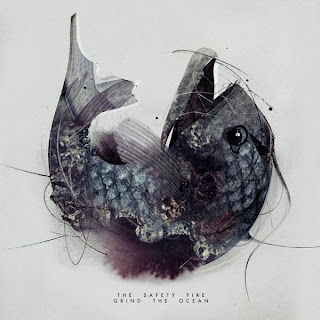 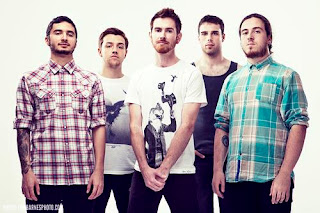 In what I've noticed to be a similar occurrence among many fans of this band, is that there is an initial difficulty in getting into the band due to the vocal style of Sean McWeeney. After getting over that first hump you find a large group of fans who a seriously dedicated to this band and are fiercely devoted to them, which is good, but can be a bit overwhelming. While I wouldn't classify myself as one of those fans, I am certainly a fan and was anxiously awaiting this album throughout all of last year when it was originally slated to be released.
While I first found out about TSF through a friend of mine who was very into djent, and wound up turning me onto bands like Periphery and Cloudkicker, among others, musically they stood out because none of their songs really ever focused too much on groove. There was much more of a technical and progressive edge to them that made them lean more into those styles than djent for me. The obvious comparison with groups like SikTh or more recent groups Aliases or Cyclamen but once again, I'd put TSF further into the straight ahead tech metal and prog-metal genres than either of their contemporaries. There is almost no trace of djent or -core on here beyond the couple of tracks that were from their Sections EP, Sections and DMP (FDP), which do venture into more groovy territory than the newer tracks, but even then, they don't dwell on them. Throw into the mix McWeeney's distinct vocal style which features an interesting clean vocal style, but more grabbing are his screams, which are one of the most polarizing things about the band because it's not guttural or raspy like many of his peers. His screaming style is more in the vein of old post-hardcore bands, where it's more of an harsher version of yelling.
In my opinion, this album does a fantastic job grabbing you with opener Huge Hammers. It's the type of song that just makes a great first impression, at least for me, because it mixes together a little bit of everything from the album, though it is one of the more aggressive songs in my opinion, and is a fairly immediate song with quite a few good melodies and riffs sewn throughout. Even before the album was released, the band had stated that this album was going to have a bit more of a focus on harmony and melody than their EP, which is noticeable right away. While there is still plenty of aggression, especially within the older tracks, most of the tracks on here feature a greater emphasis on what I guess could be called a more alternative influence. I say alternative because there are quite a few sections where the band tread into territory that doesn't sound all that metallic and, I'm very open to being corrected in this regard, that doesn't sound like anything I've heard another band do in quite this way before. Despite how technical a lot of the musicianship is, it manages to always stay melodic and provide an interesting riff that I, personally, find quite memorable. Derya "Dez" Nagle and Joaquin Ardiles do a very fine job at creating riffs that are mind-boggling as well as catchy. In addition to that McWeeney's vocals have improved greatly since the release of their EP, both his clean singing and his screams.
I feel that I should also mention something that I didn't expect from this album was the sort of ambiance that creeps up on you while you're listening to it. While the first handful of tracks are pretty intense and aggressive, by the time you get to songs like Animal King or Circassian Beauties, there's an interesting atmosphere that just seems to have popped up while you weren't paying attention, or while I wasn't paying attention, I should say. I found it extremely interesting because in addition to all that I've mentioned above about how this album has exceeded my expectations, the use of ambiance was something I never expected at all from this band. I think it also kind of reinforces my idea of how there is a more alternative kind of vibe from this album that distinguishes this band from others. While their "djent" peers have certainly made use of atmosphere in their music, hell, even some tech/math-metal bands have done it, none of them really evoke the same mood that this album does, and I find that commendable.
Personally, I really enjoyed the album and it did things I really wasn't expecting from the band, which is always a plus from my point of view. I don't think it's a perfect album, but it is really good and it gave me more than I wanted from it, and from what I hear, the band is already a good way through writing the follow-up to this anyway. An album that is as instrumentally as technical as this one is but also as melodic might throw some people off, I know some of those tech-death heads don't like anything messing around in their brutality and technicality, especially melody, but if you're an open minded person who can accept the two intermingling, definitely check this one out.
Overall Score: 9
Highlights: Huge Hammers, Circassian Beauties, Grind The Ocean
Posted by maskofgojira at 4:01 PM