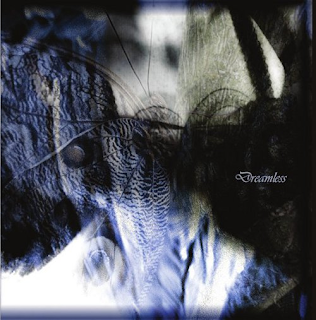 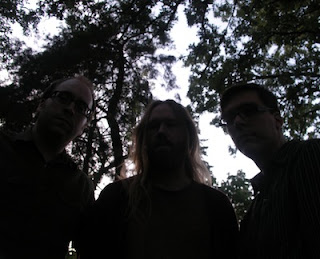 Coming across unique albums is something I don't take for granted, since starting this site/blog I've been exposed to many, many groups who never cease to impress me and I realize I never would have listened to them if I didn't have this site. Handmade Birds is a label who has had a very good track-record of releases in its relatively short life thus far and has turned me on to more than a couple of really good bands, Dreamless being the latest. This was streaming for a little while before it was actually released but I wanted my first listen to be from the album itself so I waited, so what I expected it to sound like was not what I got. This time I think it was an incident of miscommunication rather than me just being ignorant or reading something wrong.
I had a lot of trouble trying to get into this album. It's the type of album is just so dense and full of sound and layers that at times I just couldn't penetrate it. In addition to that the songs on here are all pretty long and are pretty slow going for the most part which made it all the harder to try and get into. The entire record comes across as this wall of sound that is quite daunting, and I found it pretty intimidating on my first listen through because everything just sort of hits you at once and is a lot to take in. For some reason, I was under the impression that this record was going to be more of a psychedelic, drone-ish, metal record, which really surprised me because I didn't expect anything like that to come out from Handmade Birds. As soon as I started listening to it, it became apparent that what I had imagined this record being and what it actually is were two completely different things. I had imagined a sort of trippy, doom metal-ish sort of record with traditional prog-metal (that's the part that I would've found surprising) parts, Instead, it is actually closer to a heavy and doomy shoegaze record.
In my mind, this thing comes across as what I could imagine a collaboration between Justin Broadrick and Robin Guthrie would sound like. It's got that really heavy and industrial-ish vibe that both Godflesh and Jesu have but has a lot of the textural things that I tend to associate more with bands like the Cocteau Twins or Slowdive. In a way, there's even a resemblance to Nadja in some of the heavier spots because of the wall of sound effect. Despite what I'm comparing it to, it really does have something all its own. There are just some qualities to this album that you can't compare to other artists, or rather, I can't compare to other artists because I haven't heard every album ever made. For instance, I would say that despite how heavy and slow a lot of these songs are, they are more "rock" based than than "metal" in my opinion, they just don't have that crushing doom metal kind of vibe, more of a doom rock if you ask me. I remember reading that this band was originally supposed be, more or less, a black metal band, and there isn't really a whole lot of that in here, but where I could pick up some black metal influence, it seemed to be done in an almost post-rock fashion.
Despite how I feel towards variety and experimental music, there were points when I listened to this where I questioned if I was actually enjoying what I was hearing. Because of not being able to listen to the album in a single sitting in quite a few instances, I was forced to listen to two or three tracks at a time in between classes or drives home from school or work and it was really troubling. It really made me wonder if this was the first bad release I had heard from this year and from Handmade Birds. I was seriously worried. I've come to realize 1) that this is a very good record full of lots of great moments and stellar songwriting, 2) Handmade Birds is a fantastic label and R. Loren has fantastic taste in music and this only reinforces it, and finally 3) I really only have one problem with this record and that's with the last song, Drown My Soul, being too long. Even that one gripe is fairly minor because it being too long isn't because the track is boring, but the energy used in it gives the track an almost punk kind of vibe, and I don't think that sort of energy can be maintained for seven minute without seeming a little contrived and stretched.
Like I said above, I had to work at this album, I didn't find it instantly memorable or catchy, it took several listens. Even now as I am writing this review I'm hearing things I haven't heard before and finding it even more appealing than the last time I listened to it (which happened to be two days ago), so it is definitely a grower. I got a lot more out of this record than I ever expected to, even when I thought it was going to be a different record sonically. I definitely recommend this to anyone who's interested in experimental music, in general, because this album really could appeal to people who aren't into metal or drone music at all.
Overall Score: 9.5
Highlights: Every Track Is A Highlight
Posted by maskofgojira at 2:41 PM