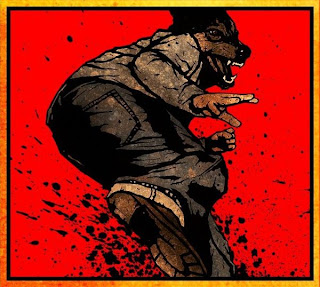 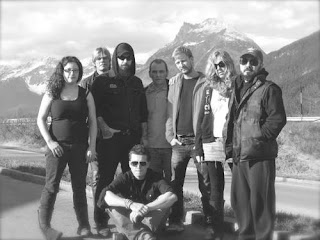 I, probably as many others, first discovered Crippled Black Phoenix through their connection to Mogwai and expected something relatively similar musically from them to begin with as well. As anyone who has listened to an album by this supergroup will tell you, if you're expecting a post-rock band, you will be disappointed because that is not what this band sounds like. So after a brief period of separation from each other for creative differences, I was finally able to overcome my adversities to the project and become a fan.
My first experience with Crippled Black Phoenix came with their last album, 2010's I, Vigilante, which was quite the odd little album in my collection at that time. Like I said above, I was expecting, more or less, a post-rock album in the vein of Mogwai, maybe a little more progressive or experimental because of those tags that were put on the band, but a post-rock album nonetheless. What I wound up listening to was an album that was soaked in influences from blues, classic rock, and psychedelic music. Sure, that album had a couple of instances that reminded me of post-rock, but those were few and far between. I have yet to hear more than a couple of tracks from the band's previous albums so I can't really say too much regarding those, but what I can say is that this album does feel like it's moving down a very similar path to the band's last record, perhaps more progressive and jammy, but otherwise a very similar path.
When listening to this album, I was consistently surprised with how well several of these songs were written and performed. The first real song on the album, The Heart of Every Country, is a fantastic piece of prog-rock that doesn't even feel half as long as it actually is and just flies by with stunning performances and intricacy. I've seen a few people commenting that this album sounds like King Crimson and Pink Floyd, and while elements from both bands are certainly heard throughout, especially in the David Gilmour-esque vocal delivery, I would still say that these guys aren't as intricate as King Crimson or as atmospheric as Pink Floyd. Like the previous album, to say that this album is devoid of post-rock would be incorrect as there are a couple instances throughout that do hark back to that genre's signature sounds. A couple of the interludes, the ones within the actual songs, not the ones that act as their own songs, definitely have a bit of the atmospheric qualities you'd find from that genre. Ultimately what I love about the band though, is how much they can just lay on a simple groove and just play it out and just make it sound so killer, Laying Traps for instance. It's not about overplaying or cramming in a bunch of different styles, but writing songs that you can just bob your head along to and have a good time listening to while still being interesting. The entire first disc is, more or less, along these lines of just being fun, groovy songs that are just fun to listen and rock out to.
The second disc is a bit less of a fun ride however. Disc two contains five songs that tend to focus more on the band jamming more than focusing on a song. The album becomes less "heavy" and begins to mellow down and provide a lot more room for guitar solos. I would definitely say that it was a lot harder to really dig into and enjoy this side only because songs don't feature a whole lot to really grasp onto and the soloing and sort of psychedelic influences are much more of a focus. On its own, I will admit that there are moments that sound like they go on for too long, but listening to the album from start to finish, both discs, it actually flows together a whole lot more than even I originally thought on my first listen.
This is most definitely a retro sounding prog-rock album and you'll find very few elements on here that sound anything like the modern prog-rock groups, and, personally, I prefer it that way. Despite how other people view all these bands releasing what are essentially retro prog albums, I've enjoyed this one, and when it comes to Crippled Black Phoenix's take on it, I think it's very admirable and definitely one of the better takes on it. Definitely check this one out if you're a fan of progressive rock, I don't think you'll be disappointed at all.
Overall Score: 8
Highlights: The Heart of Every Country, A Letter Concerning Dogheads, Release The Clowns
Posted by maskofgojira at 7:59 PM