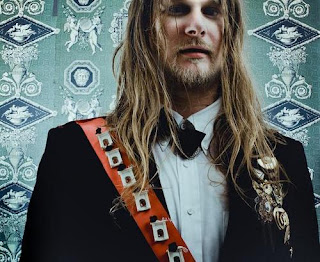 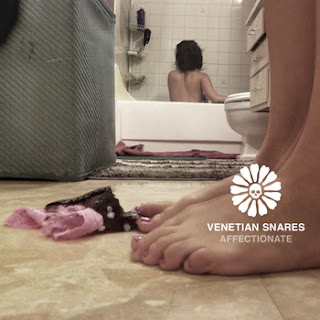 A couple of years ago when I started developing an interest in electronic music, the first groups I got into were projects like Aphex Twin, Autechre, and Venetian Snares. For some reason I was drawn more to the IDM groups than more straightforward trance or dubstep. The more schizophrenic the music, or the less straightforward it is is what I should say, the higher the chances are that I end up liking it.
Of all the electronic projects I listen to, and I will admit that I may be a bit of a snob when it comes to electronic music, I will say that the work that Aaron Funk has released under the Venetian Snares project has been some of the most challenging stuff I've gotten into. A lot of it is quite off the wall and shifts around pretty frequently, making it hard to grab onto a single idea. With this four song EP though, the songs are a lot more simplistic and, dare I say, melodic. While the ideas still move around a lot more than a lot of other electronic groups I've listened to, the songs aren't as wildly chaotic and crazy as they've been in the past. A lot of the ideas are actually a lot more comparable to IDM music rather than Funk's early work within the breakcore world, which may make it a lot more accessible to a regular person. There's also a bit of an 8-bit influence popping up in the song Chordate as well, another welcome surprise. This has been the most fun I've had listening to a Venetian Snares record in quite some time.
This is the sort of release that should make long time fans as well as people who may have had trouble getting into the project's past material happy. It's a solid piece of odds and ends that definitely has a lot of good qualities about it. Solid release and maybe something Funk will explore more in the future. Happy belated birthday to Aaron Funk!
Overall Score: 7
Highlights: Seqsy, Chordate 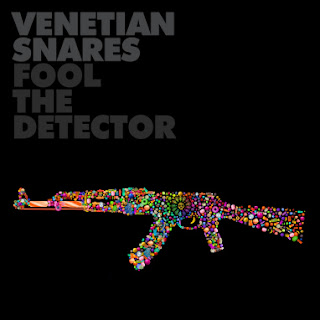 By comparison, this next EP is more in the traditional form of Funk's past material. Like Affection, this release also houses only four tracks, but in a much shorter format. This one's for all the old-school fans who hate anything that is in any way accessible to a wider audience.
Right off the bat, this EP pretty much lets you know as a listener that this is going to be far from the IDM ideas on the last EP. These four songs, which end up totaling up to just under eight minutes, are fast, crazy, and absolutely off the wall, much like Funk's old material. The vocals used on the track Ego DSP do kind of hinder the overall impression that that song initially gives off and gets the album off to kind of a shaky start. It just doesn't work because the music is so schizophrenic, the vocals just make the whole track sound very awkward and uncomfortable. Luckily the other three tracks are instrumental and, while they aren't breaking any new ground for Funk, are a lot more tolerable than that opener. They sound like old-school Venetian Snares songs.
All in all, I don't think I enjoyed this release as much as the one above, but it's decent enough. It's not going to turn you into a fan if you haven't been one for the last several years, but the ideas are there. If you're a fan of his more chaotic work, I have no doubt that you'll find something to like about this, but it just wasn't for me.
Overall Score: 5
Highlights: Fool The Detector, Chriohn
Posted by maskofgojira at 6:53 PM