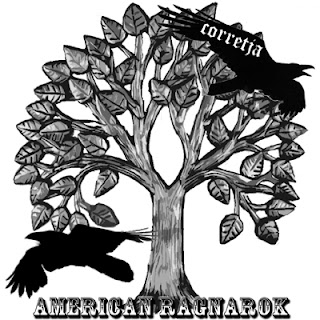 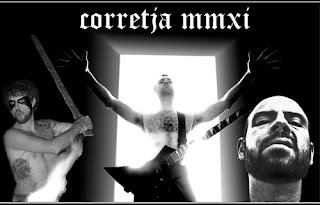 When I look back at the collection of reviews I've done in the past couple of years, there isn't a big focus on melo-death bands. Maybe it's just that I no longer hold that genre in as high a regard as I once did, but there are surprisingly few bands that can get me excited to listen to the genre in any way anymore. When I hear a record doing that sort of style, I await being wowed like I once was with band from it.
What might come as a shock to some people, as it did to me, was that this band has been going for over a decade now, independently, and as far as I know, pretty under the radar of most metal heads, let alone fans of this genre. This eight song album proves to be their first release in four years as well. For those that aren't aware, these eight songs combine a more traditional approach towards melodic death metal, where it has more in common with the early works of something like At The Gates or to an extent In Flames. There are no clean vocals used, and the melodies are based out of the guitar playing and accented by a strong symphonic backdrop. The sound they're using is well honed in my opinion, as the symphonic parts never really overpower the rest of the song, but merely enhance them.
Now, from what I can tell, this full-length is actually just as long as their 2007 EP, New Brutalism, so that gives you just about nineteen minutes worth of music in total. In my opinion, for as strong as these guys appear to be in terms of composition and memorability in their songs, I wish that they would have managed to string some of these songs out for longer than two minutes. Several of these songs could have easily gone on for at least a minute or two longer and would have felt better and more fully rounded instead of just giving you a shot of adrenaline and then leaving you tired. I should say that no matter how much I may have enjoyed the first half of the album, the last three songs on this album are just totally wrong. Throne of Bebbenberg is just over a minute long and sounds rather sloppy and unnecessary on here. Enjoy The Violence is tolerable, but for all intensive purposes sounds more like a parody more than anything on here, and feels very out of place. The last song, Thrashowar, is a medley of two Manowar songs, and to be clear, I am in no way a Manowar fan and find them to be rather irritating most of the time, so hearing two of their songs smashed together did nothing for me. I will admit that the band did tell me that there was a Manowar cover on here, so I won't fault them for me being surprised by it being there.
To be perfectly frank, if about half of the tracks on here were removed, the last three for my money at least, this release would have been so much better. I think it's worth checking out if you're a fan of the genre, but beyond that I don't really think that it has a huge margin of appeal to it. If you are a fan of melodic death metal though, definitely check out this band's stuff and show them some support because they can write some really good songs.
Overall Score: 6
Highlights: Swords to Dunholm, The Haunting, A Battle For Lundene
Posted by maskofgojira at 10:09 PM