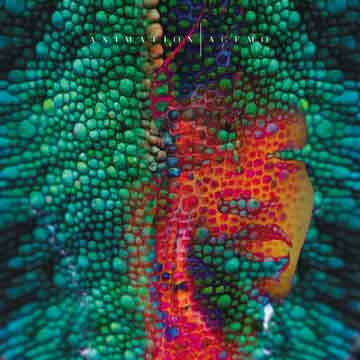 I know that I usually don't review this sort of thing, reissues and such, but the premise for this release just seemed really interesting and cool to me. The idea to get together a group of musicians and sort of reinterpret Miles Davis' classic album Bitches Brew and then have a handful of electronic producers and such remix that album just seemed too good to pass up on. In addition to that, the whole thing was mastered to give the album a sort of 3D effect when listening, which just sounded awesome to me.
I don't think that debating that Bitches Brew by Miles Davis is a hands down classic album of all time, a stone cold album for the ages. The first of the two discs on here is a group of musicians coming together and basically interpreting it in their own way. Obviously, if you come into this believing that it will even touch the originality and master craftsmanship of the original, you'd be fooling yourself, so the only real way to come into this, at least for myself, was to view it as a completely different recording. So, based on that train of thought the only thing I can really say about this album is that it's an honest and well performed reenactment (if you want to call it that). But, as for the production, which is meant to give the whole thing a sort of 3D kind of stereo effect that makes this an ideal listen on headphones, does indeed make the entire record listening experience all the better. Musically, it's fine and there really isn't anything wrong with it if you're into jazz, but the production aspect really gives it an almost electronic kind of vibe. You'll get all sorts of different effects playing out in the background that just pan around your head throughout the entire album. I hate to compare a reinterpretation of a classic album to another group but the title-track, Bitches Brew, manages to channel a very dark ambient feel that definitely made me think of Bohren & Der Club of Gore's classic Black Earth album. It's very ambient during its softer moments and can feel like you're sitting in a hazy jazz club late at night, ala David Lynch's Blue Velvet, and when it gets intense it's like a free for all and is nearly impossible to grab onto a single player.
The remixes were the first of the two discs I listened to and pretty much acted as my introduction to the first disc. I won't claim to know who any of these guys are who remixed these tracks, people like DJ Logic & Grant Phabao or Gaudi, but I have to say that on the sheer strength of this album alone, this would have been guaranteed a good score. I'm not one for remixes, usually, only because I don't need to hear a metal or a rock song messed with to fit into a club scene, and I do feel relatively the same about remixes for jazz, but these six remixes aren't so, stereotypical or, how should I say, obnoxious. While there are obvious thing done to change the songs into different forms, whether it be more electronic, or even hip-hop-esque one could say, it really isn't the type of shift that would make me, or I believe anyone else, cringe when listening to them. They are very tasteful and happen to keep rather faithful to the original reinterpretation by adding more background textures than club beats or sampled vocals. I mean, no matter how you look at it, this disc is going to be the one that is easier to digest and get into if only because they've been changed to include a bit more of a driving quality to them that kind of propels them forward instead of the jazz idea, or improvisational jazz idea really, of having everyone do whatever they want.
Overall, I really enjoyed both albums very much. My only complaint is that they are quite long, both, though that's more of a problem with the original as well, but I do think that even though both discs are considerably shorter than the original, it still feels like a long listen. They're both very entertaining, and if you have even the slightest interest in jazz music, whether it be the traditional and classics, or through someone like Squarepusher, you'll find something in here to like.
Overall Score: 8.5
Highlights: Pharaoh's Dance, John McLaughlin, Pharaoh's Dance (Bill Laswell Son of Panthalassa Remix), Miles Runs The Voodoo Down (Gaudi Remix)
Posted by maskofgojira at 2:07 PM