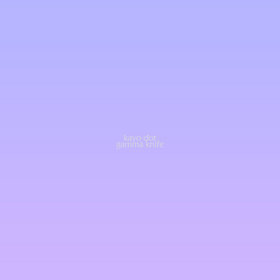 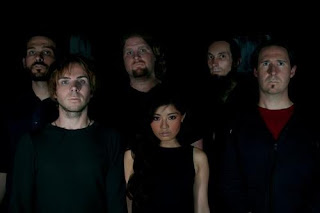 Yes, yes, I realize that I'm more than a little late in posting a review for this album, but I had other things to do before finally getting to it. If you're a fan of experimental, progressive, or avant-garde music, mostly metal but not excluding other genres, you've probably come into contact with Kayo Dot, or at least Maudlin of The Well, before, so I won't go into too much depth about their past. If you haven't heard of either one, go listen to them right now, because MoTW is pretty much legendary at this point, and Kayo Dot is always an interesting listen.
Obviously it's pretty common knowledge right now that the three middle tracks of this album were recorded live, while the opener and closer were done in the studio, so they do have noticeable differences, sonically. While this is supposedly the band's return to their more metallic roots, which surprisingly meant shorter songs for them as well apparently, don't think that Toby Driver and co. have left behind their experimental tendencies. Kayo Dot has always been a group that's walked the fine line between avant-garde metal and modern classical/chamber music; and if you've heard their last two full-lengths, you'll know that they've been embracing the chamber music aesthetic into their conceptual headspaces a lot more than the metal recently. It seems weird to be listening through this album at how metallic it is, but when you compare it to the group's earlier albums, especially Choirs of The Eye, these songs are especially straightforward for them, not that that's a bad thing, just surprising. I can certainly understand how shorter bursts of intensity like these would work more effectively in a live setting than longer and more winding and extended pieces, but there were certainly some parts that did, honestly, feel like they could've been extended even further.
One of the main critiques I've heard thrown at this album is that the production on the middle three track is muddy and that it has apparently ruined the album for some people. Now, obviously since this was recorded live it's not going to sound perfect or anywhere near as clear as the studio recorded tracks, but I didn't really have any problem with the production on the live tracks at all. In my opinion, and it might just be me, but the live atmosphere kind of gives these tracks an almost black metal-ish kind of vibe to them. They have that sort of wildness that only a live show can really give songs, in compared to the studio tracks with sound a lot more orchestrated and contained, which should be expected. I guess the fact that the studio tracks are also more in the vein of traditional chamber music would give off a more precise and less wild atmosphere than the metal songs would anyway. Personally, I would actually like to hear what the band would do if they combined the metal moments with the chamber music ones on here to see what the resulting sound would turn out as, because, in my opinion, I actually think that mixing the weirder metal styles with the church/cathedral atmospheric and dynamics from the softer songs would be incredible, but it's just a dream.
While I don't think that this is up to the level of mind-bending uniqueness(?) that the group's first two albums were, I still think that these five songs are very well constructed pieces of experimental music. Unless you have some predisposition towards weird music or slightly muddy production, chances are you'll enjoy this album like I did. I figure most people have already heard this by now, but if you haven't definitely look into it. Until the next record, I hope you enjoy this one as much as I have.
Overall Score: 8
Highlights: Rite of Goetic Evocation, Gamma Knife
Posted by maskofgojira at 8:04 PM