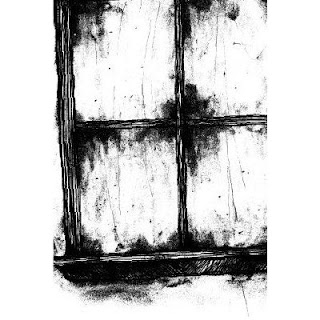 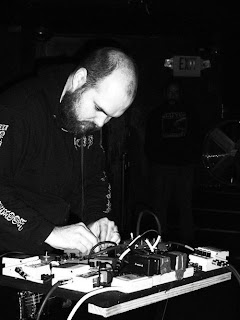 Within the realm of noise music, there are those artists who are known by pretty much everyone, the biggest in my mind being Merzbow and Prurient, and then there are those that live among the underground and manage to thrive a career through limited releases and abstract concepts. Demian Johnston has been on this path for quite a few years now and has carved out a nice little niche for himself within the noise and drone scenes. Whether it's through his music, solo or various other projects, or his artwork, he has become a well respected craftsman in the underground community.
With his solo work, Demian has focused more or less on restraining his ideas to the realms of drone, dark ambient, and noise music, as oppose to his melding of black metal and harsh noise in BLASPHM or the spiteful doom of Great Falls. The ideas, in principle, are nowhere near as unique or original as those projects, but instead are harnessed into introspective pieces that reveal far more than many of his contemporaries. The two tracks on this cassette show two different sides of the sound he's come to create with his solo material. With The Failing we have a steady building noise track that honestly is just as much ambient as it is noise. It's by no means as scathingly hateful or spiteful as some of his other work, instead you have an almost delicate and beautiful, I'm just as shocked as you that that word would be used in the description of a noise album, piece of sonic architecture. On the other side of that however you have With Her and Him, At Peace, which is far more brutal and intense. Closer to the doom presented in Great Falls, to an extent, if only due to the higher use of a guitar in the track, it is more of a noisy affair than the first track on here, though by no means as destructive as some of Johnston's previous albums.
Overall I think it's a solid piece of work and considering that I only recently checked out Johnston's solo work, from what I've listened to so far, it has yet to let me down or bore me. As far as noise projects go, Johnston has been very successful at creating albums, and songs, that are interesting and make it hard to be bored listening to them. Chock up another win on the scoreboard for Handmade Birds, cause if you're a fan of noise and drone music, check this one out, lest you be left in the dark and never experience this.
Overall Score: 7.5
Highlights: The Failing
Posted by maskofgojira at 12:52 AM