Double Review: As If & Rajaleidja 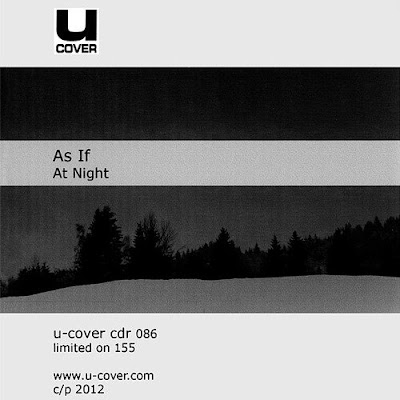 I'm pretty comfortable with the little niche genres I've grown accustomed to within the world of electronic music. I won't go into great detail about why I like what I like and why I don't like other genres, but the tag "ambient dub" really caught my attention enough to make me first take notice of this release (as well as the one below it). Along with a very stark and simple front cover, I wanted to at least give this release a chance because it seemed like an interesting prospect.
This album is the result of one, Mr. Kenneth Werner, working with the ambient and dub genres through the late night and creating soundscapes that retain a seriousness to them while also keeping things moving. It's a rather odd little album because in my opinion, Werner did a fantastic job at fusing together ambient soundscapes with some more heady beats but each side kind of contradicts itself. The beats, if there were more of them and if they were a little bit faster could work in a dubstep or trance song, but the atmosphere is decidedly cold and dark. The little flourishes of almost industrial lines that float in and out of these tracks add the occasional flare of color in this otherwise world of black, white, and grey; and in case you didn't get this already, this is a very dark album that is more suited for night listens. I would not recommend this to you if you're looking for something to party to, or even to set the mood late at night; this isn't fun or happy, or even sexy, electronic music, but is actually closer to mood music, ambient music. Even in its more upbeat moments, Walking The City, it still retains that chilling atmosphere that keeps it from being "danceable." So in that regard, you could very well label this as background music, and you wouldn't be incorrect, but I'd say it has a lot of traits that make it stand out from being purely background music. While most tracks feature a nice mix of ambient soundscapes surrounding, or acting as a backdrop, whichever you prefer, the dub beats, there are obviously going to be tracks where one takes dominance over the other. The album closer, The Way The Morning Broke, is the clear standout for the ambient piece on here, making use of very few beats and relying more on its moody atmospherics and electronic touches.
Though it took a little while for me to digest it, I did ultimately enjoy this album. It's not something I'll play every single day, or even that often, but when I want to hear something dark and moody, but electronic, I'll most likely turn to this album. I think it's a solid piece of work and I was definitely impressed by it. I'm looking forward to what Werner releases next.
Overall Score: 8
Highlights: Sleepless, Walking The City, Shapes of Night Sound 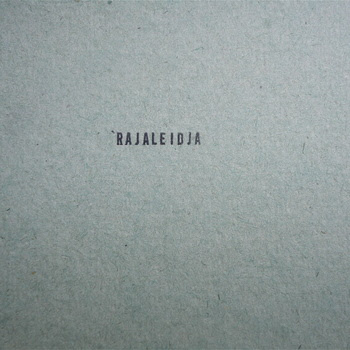 For the same reason as the album above, I had an interest in this album. The simplicity of the artwork and the genre that was tagged to it just attracted me to it despite being unfamiliar with what I was going to experience. But another country should hopefully yield some different results.
In comparison to the release above, this album is much more dub and beat based. There is still certainly ambiance, and hell, it's a lot more ambient than a lot of other electronic stuff I've heard, but you will find that this is closer to being an "electronic album" rather than an "ambient album," so in that regard, you could say that this is more of a foreground album. Unlike the ambiance on the album above, which sounded dark and hazy, what's on here is appears to be more background noise, and kind of reminds me of a hiss from a record player. It's not bad or annoying, but I feel it's important to note the distinction between the two and since this record is closer to being a dub album than an ambient one, I guess that's to be expected. This album also closes out on a more ambient note as well, with Ootama easily being the quietest and most atmospheric track on the entire disc. It also doesn't feel as layered or full of texture, and feels very one-dimensional at times, two-dimensional at best, which has its plusses, but isn't exactly what I kind of wished this album was. I did rather enjoy the field recordings on Heli and Oled and found that it did add an extra layer of depth to the track that did make it stand out among the rest.
It's not a bad album at all, but I guess I just wished it was more ambient, more quiet and melancholic, but for what it is I do think it's to be commended. Joel Tammik is obviously a talented musician, this is his first release under this name though he has released numerous albums under his own, so maybe his solo material is more intriguing. I still find this to be far superior to a lot of other electronic releases I've heard in a while and do recommend checking it out if you want to hear some more interesting electronic music.
Overall Score: 7
Highlights: Minek, Öös, Heli
Posted by maskofgojira at 9:33 AM