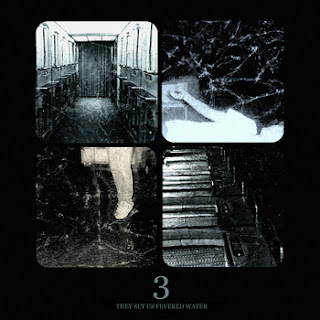 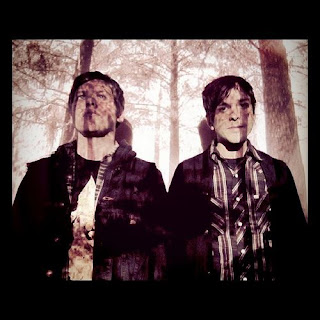 Like most albums I end up covering, I was initially drawn to this release due to its cover, which in comparison to other groups that were in the same list that I was looking at with this, was surprisingly dark. This duo have been pumping out EPs for a little under a year now and this is the first I've heard of them so I was interested. Like the cover suggests, this is the third part of a series of EPs and a continuation of their last one, Oblivion, which came out near the end of last year.
Of the three EPs in this series thus far, this is the longest, with four tracks totaling up to around fifteen minutes of music. In terms of the quality of the release however, I can tell you that it is the duo's most accomplished release yet. Sonically, the duo play a style that seems to take influence from space rock and krautrock as well as more occult based psyche rock, though I'm not sure how descriptive this is for you, I hope that the fact that this is not just an average dark rock record is coming across. The music is very propulsive, with drums retaining an almost robotic pace that drive a song along and keep it grounded despite shifts in everything else around it. Personally, I enjoyed the longer songs on here more than the shorter ones only because an idea felt like it was more fleshed out, though to be perfectly honest, I could see even the longer songs, which happen to not even top six minutes by the way, going on even longer and they would probably be as, if not more, successful at creating a dark and trippy mood.
This is the duo's strongest release thus far and does feel a lot more complete than their previous ones have. I realize that at the moment, all the songs on all three EPs have only been sort of teasers because they are so short, but I do await the day when these guys release an album (hopefully a full-length) with longer songs that get really jammy and psychedelic. These guys are talented and I really am excited to see where they go in the future.
Overall Score: 7.5
Highlights: The Hymn, The Veil
Posted by maskofgojira at 2:29 AM