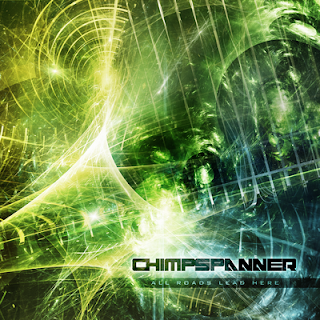 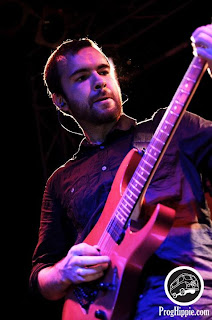 The rise in popularity of instrumental progressive music seems to have come about, either in part due to or at least at the right time, for Paul Ortiz's Chimp Spanner to blow up. From my point of view, 2009's At The Dream's Edge was a huge success in the rise of modern prog-metal but also helped to introduce djent to a new audience. After taking to the stage and starting life as a touring band, opening and touring with some of the heavy hitters in progressive metal may I add, we have this follow-up EP. If you happen to buy the vinyl version of this release, it also comes with a few remixes as well of a track from his last album, just to make you aware of it.
Despite what many think about djent (I won't go into my thoughts on it too deeply in here either), there are good bands that either play it or make use of it within the context of another sound. Paul Ortiz is a great guitarist and him making use of polyrhythmic grooves and that djenty sound doesn't really hinder his sound at all and he doesn't rely on it as a way to fill in the gaps in his songs. A person would really be doing this project a disservice by simply tagging them as a djent band, because Chimp Spanner certainly has Meshuggah in its DNA, but the project is so much closer to what a band like Scale The Summit or someone like Keith Merrow have done musically, and is a lot closer to being a straight-up prog-metal band. But as for the EP itself, what you get here is a much more atmospheric side of the project coming through. The six songs have less of a melodic edge in my opinion and are, for the most part, more aggressive songs that are a little bit faster. Ortiz commented that he did make use of a little bit more improvisation during the recording of some parts on here than he has in the past, and it does lead to some tracks definitely coming out being a little bit more djenty than on his full-length. All of these elements somehow lead the record to having a much more epic and huge sound that paints a grand picture in your head.
Overall, I thought it was a solid EP that showed a bit more of an aggressive side to Ortiz's playing and one that he'll hopefully embrace on the next full-length as well. This most likely isn't gonna be a game changer like his last album was for prog fans, but it's certainly a work that should be admired as it accomplishes a hell of a lot more than some of his peers are doing. If you're oppose to modern prog or djent bands, I doubt that this record will change your mind, but if you haven't listened to this band yet, this would be a good place to start.
Overall Score: 7
Highlights: Möbius II, Möbius III
Posted by maskofgojira at 11:31 PM