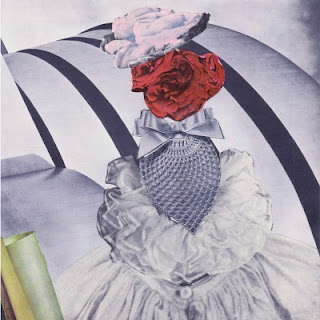 I don't claim to know anything about shoegaze as a genre, I know what I like to hear, but as for the genre as a whole, I wouldn't ever say that I'm the right guy to consult about your questions for the genre. Having said that, I am very interested in the genre of shoegaze, possibly from my interest in blackgaze, but either way. What drew me to this release was the fact that it's an album that was written by a writer, and while that's probably a stupid reason, it made me want to listen to it.
As a genre, at least in the band's that I've enjoyed that is, most of shoegaze band's don't appear to dwell too long within melancholy, which can be a plus, though I do happen to find the layers of sound can do wonders for darker emotions. While this release doesn't differ that much in regard to the emotions it appears to present, I did find that it's more upbeat and dance-esque nature made it a bit more fun. As someone who loves layers of sound, I realize that it can be difficult to try and convey emotion through lot of textures, so I have to give credit to where credit is due in that regard. While I understand that getting into an album like this can be a bit tough to really penetrate, I do think that the songwriting is actually pretty solid. While they are certainly written pretty simply and don't really make any move towards being progressive, the melodies didn't strike me at first. It took a couple of listens before they sort of wormed their way into my cranium and I actually found them quite catchy.
For a genre that I am only relatively interested in, which may be simplifying it a bit, I enjoyed this album. For what could essentially be called a "pop" album, I thought that this was pretty solid. Definitely check it out if you're a fan of shoegaze, dream pop, or stuff like that, I think you'll be pleasantly surprised.
Overall Score: 7
Highlights: Witchcraft Recharge Center, Beating The Shell Game
Posted by maskofgojira at 12:25 PM