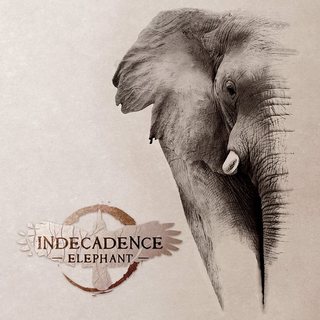 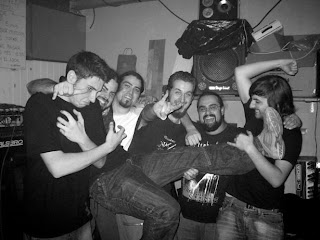 I don't know how other people view the whole death/doom genre of metal but personally, I've been waiting for a new band to really impress me for a while. I'm not saying there haven't been good bands to come out from the genre recently, but I'm still waiting for a band to really blow me away like I was when I first listened to bands like My Dying Bride or (early) Katatonia. Though it doesn't look it from the cover, which I found an interesting choice for the style the band play, this is actually a doom/death band, and one from a country that I don't tend to review stuff from, favorably anyway.
When I initially started listening to this album by just sort of skimming through tracks and seeing what an album sounds like, I was a little worried because what I was listening to sounded different from any sort of death/doom band I had heard, and it actually wasn't all that metal. It wasn't until I started listening to the entire album, from start ot finish, that it all sort of fell into place for me. Yes, this is certainly a death/doom band, so I wasn't wrong on that front, but what I wound up listening to was surprisingly good. It's rare that I come into an album with bad intentions, though caution is certainly used for some releases, I did not expect this album to sound as great as it turned out to be. I'll come out and say that this is not the band that blows me away in the same way as the bands I mentioned above, but they certainly did blow me away in different way. In no way did I anticipate this album to be as diverse as it is, and for the band to pull it off so well.
Sonically, this band certainly draws from the early death/doom bands of old, Katatonia, Paradise Lost, Anathema, My Dying Bride, among others, but there's a significant alternative and post-metal, or post-rock, influence in here as well. Like you'd probably expect, this isn't an album that is going to be all that fast-paced, I was actually surprised how mid-paced several of these songs were, but these aren't going to be your typical death/doom riffs, they are more melodic, and like the style label I post above says, I would definitely say these guys fall more into the melo-death realm than pure death metal. Among the more brutal and slow paced death metal sections of the album there are cleaner and more atmospheric moments that definitely bring to mind Anathema at times as well as a lot of post-metal bands. I don't mean that in a bad way because like I said above, this is really good stuff, and the band combine these elements in a way that really made me take another look at them. The alternative influence in the band brings a unique array of electronics into the band's sound which I did feel set them apart from many of their peers as the electronics weren't simply reduced to background ambiance, but had a place within the foreground and were pretty integral to the band's overall sound. There are sections, listen to Sleepy, on here where everything but the keys cut out and leave a huge and morose ambient soundscape remaining, to positive effect I should add. I will admit that not everything on this record is fantastic. To be perfectly fair, I did feel like some of the clean vocals did fall a bit flat at times, though they actually managed to present them in a way that is pretty distinct among the genres and I do commend them for that. I also felt that the title-track did feel a bit out of place, stylistically, on here as it was more of an ambient-electronic piece.
It's definitely a very impressive full-length debut from this Spanish group and it does prove to be a very exciting listen. I do believe that this album has the potential to appeal to a pretty broad variety of listeners who may be interested in one aspect of the band and be turned onto other styles because of this. I realize that because this isn't strictly speaking a death metal or doom metal band, some might find my descriptions misleading, but I can guarantee you that this is a killer record and I highly recommend it.
Overall Score: 8.5
Highlights: Tryouts, Lost Again, Inside
Posted by maskofgojira at 7:38 PM