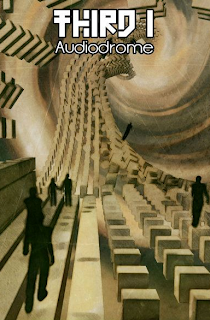 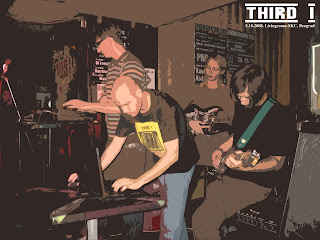 Band: Third I
Country: Cuprija-Nis, Serbia
Style: Industrial/Dark Ambient
Label: Rauha Turva
Somehow I got it into my head that this was a 2012 release when I guess it was officially released last year so this review has been delayed for a rather stupid reason but whatever. For whatever reason I thought that is now irrelevant because I'm actually discussing it now. It's been planned for a while but now I can finally post a review of this odd industrial project.
I should say that this review will only be for the A side of this tape because the B side is a compilation, of sorts, of the group's older material, so this will only be covering the newer tracks. On the band's website, they say that the album is inspired by the work of David Cronenberg, Clive Barker, Philip K. Dick, who are all amazing film makers and writers in my book, so that caught my attention and was originally what got me interested in the project to begin with. Sonically, these track exhibit a realm that isn't quite as dark or murky as I had imagined it being and instead inhabit a realm somewhere between mainstream industrial music and more industrial soundscape and soundtrack music. While I can certainly see how some of these tracks were influenced by the people above, I wouldn't say the music ever really achieves the level of psychological torment that is present in a lot of Cronenberg's work, the spine tingling shock of Barker, of the futuristic chaos of Dick, of which the band is the closest of the three in terms of how their music portrays an image. The music never really enters into areas that are overly chaotic or harsh sounding, though one could argue that Technojunkies at least manages to utilize more aggressive elements. Even at its most noisy, this thing really isn't all that visceral an album and at time feels like it's restraining itself a bit too much and isn't really letting itself loose.
The ideas are there, but it really isn't all that engaging a listen and can grow rather tedious at times, despite how short most of these tracks are. Maybe this album just isn't for me, but I just couldn't get into it all that much. It's decent, but nothing to freak out over, maybe one of their other nineteen (I know it's around that number) releases is more grabbing and interesting.
Overall Score: 6
Highlights: Audiodrome, New Order, Panic Room
Posted by maskofgojira at 2:56 PM