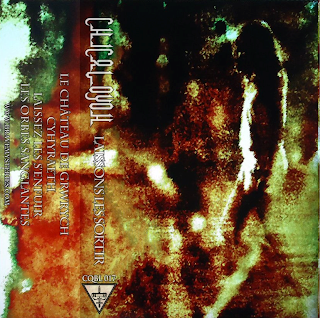 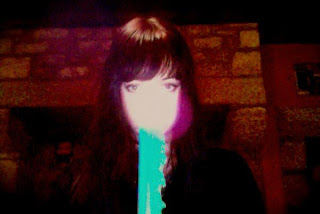 As of recently, like within the last week I mean, I've found and been told about quite a few bands who are doing folk music mixed with drone music. Looking back at last year's album from Barn Owl, I guess you could say that they were doing this sort of style as well, but maybe this fusion is just now becoming known to me. I think it's an odd combination of styles but somehow it's managed to work in every band I've heard do it so far, I'm actually surprised.
It's actually a little weird calling this a "folk" album actually because the first few times I listened to it, I wasn't entirely sure what it was that this was supposed to be. It was like a strange amalgamation of dark ambiance, minimalistic drones, psychedelic effects, and acoustic instrumentation but it didn't really feel like it amounted to anything in particular. Frankly, the first couple of times I got through it, I wasn't sure if I liked it or was just indifferent towards it because it really didn't feel like anything to me. It really wasn't until around the fourth listen or so, which was actually in my car oddly enough, that something finally hit me and all of the sounds just fit together. Finally I could grasp at what was at least being attempted to be done on here instead of just letting it kind of wash over me while I listened from a rather distant point of view. When it did finally all come together for me, what I wound up grasping was a singer-songwriter album that was very distant and very melancholic. It's not so much depressive as much as it's mournful and sobering. The four songs work as an entire piece as each sort of builds on top of the last, starting from virtually nothing, Le Chateau De Grwrych, to ending in a full-blown psychedelic jam, Les Orbes Sanglantes, what more could you ask for from a band described as psychedelic.
Get your medicinal and/or recreational drugs out for this one because it's one of the very few albums I'd think would actually benefit from using them on. It's trippy but also dark and, like I said, mournful, so I wouldn't recommend this is you think you'd have a problem with unhappy psychedelia. Despite all of that, I do think that this record, and project, do have a nice appeal to them that I could see fans of indie folk and stuff like that getting into this as much as die-hard hippie rockers.
Overall Score: 7.5
Highlights: Laissez Les S'enfuir, Les Orbes Sanglantes
Posted by maskofgojira at 7:45 PM