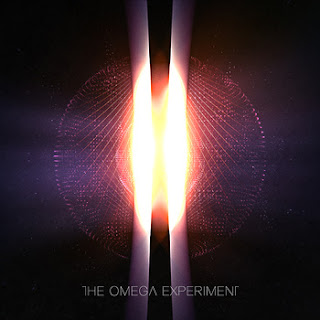 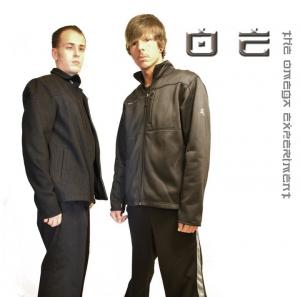 The Omega Experiment is a group that I only recently got into. I saw the cover artwork which was done by Igor from Uneven Structure and saw that it was mastered by Acle from TesseracT and I took interest and began to wonder what this project was if it had those two attached to the project. It wasn't until I heard a preview track for this album where I first took notice of the duo and became a fan. I feel like I had heard of the duo when their first EP was released but didn't end up taking real notice of them until listening to that preview track for the first time.
From the second that Gift opened up, I knew that this would be an album that I would wind up enjoying. Despite being attached to some big names within the djent community, this album contains very few segments of that sound and is closer to sounding like a modern progressive metal album. Probably the most obvious influence is Devin Townsend, which at times is very clear and can dominate some of the actual originality in the band's sound, but any reference to Devin Townsend isn't a bad thing in my book if anything deserves more praise than scorn from me. The hugeness of this album, both in terms of atmosphere and layers is very reminiscent of Devin's work and is very, very impressive. I love it when a band has a sound that is distinct, and while I do believe that a lot of The Omega Experiment's sound on here can be traced back to Devin, or more recently TesseracT or Uneven Structure, I would say that the hugeness on this album has a more up-beat vibe to it. Despite the dark subject matter that the album discusses, I wouldn't say that this is a "dark" album per se. It has dark moments, most notably Furor, but the majority of it is fairly up-beat and uplifting.
Probably one of the best things I found about this album was the songwriting, which is just stellar in my opinion. Despite being a progressive metal album, there is a very "pop" approach to the melodies, vocally anyway, that makes them just stand out so much in comparison to the dozens of Dream Theater rip-offs out there in the world today. There are songs on here that are actually, in my opinion, straight-up progressive pop because the melodies on here are just so bubble-gum catchy it's not even funny and they just got stuck in my head, hear closer Paramount for example. It's honestly something I don't find in a lot of groups and it's great to find a group that isn't afraid to acknowledge a pop influence in their music. I really give Dan Wieten a lot of credit because he's said that he wasn't really comfortable doing vocals on here, but he sounds fantastic on here, and his voice is sort of a blend of Devin Townsend's eccentricities, more traditional power metal vocals in his range, but at times channeling a pop-punk vocalist in style, it just struck me as a very unique performance and I was very impressed. It's also worth mentioning that despite being a prog album, there's never a tendency to really go overboard, only one song on here tops ten minutes, and just barely, with other songs actually being quite short. There was never a sense of the duo wanting to stretch a song out longer just to make it longer, and felt like they had condensed it into songs just long enough to express several ideas but not enough to overwhelm a listener.
Possibly my only real complaints about this album is how it ends and some of the interludes. I find that closer Paramount is a fantastic song, make no mistake that I do find it to be skillfully written and executed, but it feels rather anti-climactic after the epic Terminus. I can compare this to one of my favorite albums of all time, Devin Townsend's Terria, and how it ends with a more up-beat pop song; and in all honesty, I wouldn't fault an album too hard just because it's last song isn't as epic as the one before it, especially if the song is as well written as it is on here. As for the interludes, my only problem is that I thought they went on for a little too long, and that they could have been shortened a little bit, but beyond that I really don't have anything bad to say about the album.
Like the above should indicate, I really enjoyed this and thought it was really fantastic debut. I'm surprised that this is an independent release with how well it's recorded, performed, and how well it's been recieved thus far, but I doubt these guys will remain independent for long if they keep putting out music as good as this. I definitely recommend this to anyone who like melodic, progressive music because this is very good and I am looking forward to the next album from these guys for sure.
Overall Score: 9
Highlights: Stimulus, Furor, Karma
Posted by maskofgojira at 8:08 PM