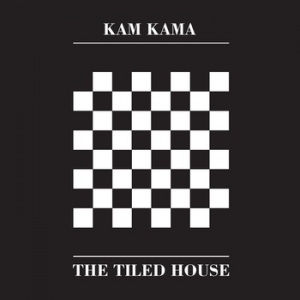 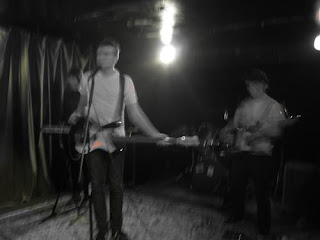 No matter how cheesy or lame it sounds, I really owe my interest in post-punk music to The Cure. I'm sure it's not uncommon for that to be the case, but it just seems like such the stereotypical answer to give when someone asks you what you know about post-punk bands. Having said that, I've been lucky to know some people who have done nothing but give me good suggestions and have expanded my library for the better. Although they weren't around back in the 80s, when I first heard about Kam Kama, believe it or not a month or two back I was first spoken to about them, I was very taken with them, even though the band didn't even contact me till about a week or so ago.
This six song EP is pretty upbeat for a post-punk album and lends itself to being a more regular listen. I don't mean that in the negative way of it being a regular album but for me, I was more inclined to listen to this album as oppose to some others because it isn't as dark or morose as a lot of other groups I happen to enjoy. There's a sense of vitality and spunk within the performance of these songs, even the slower and more moody ones, that just makes you want to bob your head along with it. What struck me, perhaps surprisingly, was the track Means, which sounded like some long-lost Rush song from their 80s period. It might just be me, but once that comparison popped into my head I just couldn't stop thinking about how much (better) it sounds than the albums Rush released in the 80s. The dreamy guitars and subtle synthe lines bring this closer to a shoegaze record some times and I actually found that quality kind of endearing about the band. I can venture to guess that these guys aren't the type to create songs with layers and layers of texture but add just enough to kind of blur that line. The fusion of all these things, to me, in addition to rather good and catchy songwriting does put this release above many others I've heard around the net as of recently.
Overall, it's a solid piece of work and I hope that more people check these guys out because they are quite good. I mean, I enjoyed this and found it to be a fun and enjoyable album, and it works well at putting me into a more positive-ish (because I'm a pessimist) mind state, which I don't have any problem with. I don't know how much traditional doom and gloom post-punk fans will get from this but if you want a short and fun little album, I'd definitely tell you to check this EP out.
Overall Score: 7.5
Highlights: Means, Shaky Convalescent
Posted by maskofgojira at 4:02 AM