I was originally not going to post about this first album only because I didn't think I could really do justice to it but after recieving this second album I decided to just throw them together into a single article. 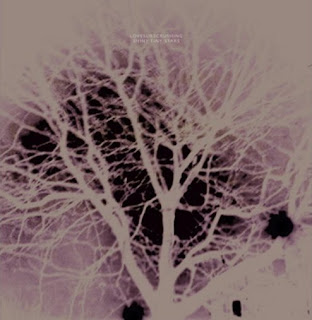 I guess I should just say up front that I am not a huge Lovesliescrushing fan, though I will put on an album from them from time to time, if I'm in the mood to listen to some more ambient based shoegaze stuff. While that doesn't happen too terribly often, when it does, I don't ever question why it's happening. Though that really doesn't have much to do with this album.
Technically, this being the first album ever recorded by the project (though it was unreleased until now) it does have a sort of roughness around the edges that I think make it a bit more charming than some of the more recent albums I've listened to from the project. From what I've read concerning this album, this album was recorded before mainman Scott Cortez started bringing in a lot of distortion pedals into the mix, which explains the far more ambient sounds that appear on here (and I do mean more ambient than his later/earlier released works). You won't hear waves of shoegazing drones and noises but warm and spacious world of ambiance on these tracks. If there's one thing that I have to say about this record it's that it's probably my favorite album from the band, that I've listened to, thus far, and no, I'm not just saying that because it was released on Handmade Birds. For some reason, the sound of this, the way the ideas sort of weave together these peaceful and dreamy pieces of ambient music and foreboding waves of distortion, just connects with me more than several other albums I've listened to before. I think it also has a bit more to do with the fact that there are only seven tracks on here, where the vast majority of albums that I've listened to have had upwards of fifteen and more, where tracks were more hit and miss, this is more like, hit, hit, meh, hit, etc. What I mean by that is that there really isn't any filler material on here like on previous albums where there were a couple tracks that were only around a minute or two long and didn't really do anything. But overall, very enjoyable, and definitely worth checking out if you're into ambient based music.
Overall Score: 8.5
Highlights: Bright Blued, Lumina Real, Color Gone Blur 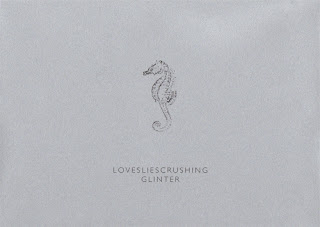 What we happen to have with this second release is a more recent affair from the project. It's certainly similar enough in tone to the more recent releases we've heard but is far more in the style of drone than a good percentage of the other albums. We have three tracks, all of them over twenty minutes long, made up of shorter sections that sort of combine to make up the larger track. To say that this is a more engaging listen than the album above would kind of be like splitting hairs because they are fairly similar in tone, in as much as that they both retain a calmness throughout their pieces. This album does make use of more swirling distortion and breathtaking melodies than the album above, but is a bit more melancholic as well in a certain sense. It's almost odd because in a way, each track is a bit different in the mood that it sets. For myself, I (Broken Aureate Echo) is a melancholic, but very peaceful track that is very easy to just fall into, II (She Is Above The Clouds) I found to be darker and almost sensual in a way with the way the vocals just sort of glided over the ambiance. III (A Bird Flew to The Sun) is by far the most emotionally engaging, at least for me, on the entire album though. After the darkness and melancholy that the first two tracks brought, this one definitely feels more hopeful and uplifting. It's not totally devoid of darkness, but it's by far the most "bright" of the three.
In the end, it's a pretty satisfying listen, not quite as rewarding as the above album, but still pretty solid. I do enjoy these longer pieces in comparison to the shorter ones that have been used frequently throughout the project's discography and I'm glad that an album like this does exist to showcase the band in that style. Same thing as above, if you're into ambient based music, chances are you're going to enjoy this.
Overall Score: 8
Highlights: III (A Bird Flew to The Sun)
Posted by maskofgojira at 6:19 PM