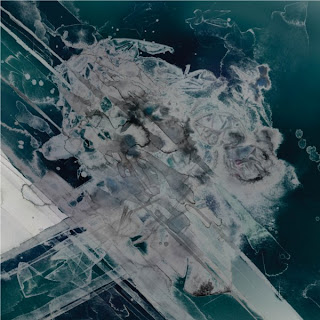 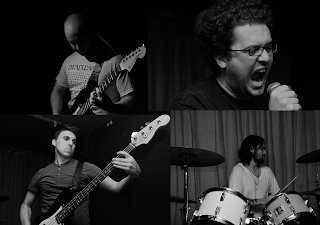 I used to give Profound Lore a lot of credit for signing really awesome bands that I had never heard of before and basically showing them to hordes of new people, I don't really feel the same anymore. It seems like as of recently they've been picking up dozens of newer groups who've been making a name for themselves either on smaller labels or on their own. I certainly still respect the label (even if they won't respond to my emails) but I don't hold them as highly as I used to.
But really, this is a review for Bosse-De-Nage, not Profound Lore, so I'll get to talking about the band and this album instead. By now the band have gotten arguably bigger than I think was foreseen even based on the hype and success of last year's album ii. The range of sounds ranging from Slint-esque post-rock to pageninetynine styled screamo being filtered through the guise of black metal riffs and vocals (to a degree), along with a more poetic lyrical approach that definitely makes them stand out from their peers, it's going to be hard to really say anything that hasn't already been talked about when discussing this album. I mean, I guess all I can really speak about is how I thought this worked out being because factually, there are many other reviews out there that will give you far more insight as to the lyrical approach on here and more in-depth genre descriptions.
For me, this album is a pretty big step up from ii, which doesn't even seem like it was released just about a year ago. I remember that album was certainly impressive, but it wasn't something all that great (to me anyway), this album really feels a lot more interesting and less of a black metal record than the first two full-lengths exhibited. Sure, there were obvious inclinations towards shoegaze, post-rock, and screamo, hell, even post-hardcore in the band's sound since day one, but here is where it really feels like they've embraced them into their songwriting. Desuetude feels more like screamo than black metal, it's so upbeat and energetic, but still very controlled, it never feels like it's going to go over the edge into chaos. The guitars and vocals are just out of control while the drumming keeps the song going while showcasing a sense of personality (something that isn't heard very often from someone behind the kit) while the bass keeps groove and delivers perhaps the most memorable parts on the entire album. Despite the fact that I was just describing that one song, it could really be applied to the entire album. Even on the quiet and morose Cells, there's a tension that is lurking underneath it just waiting to pour out, which happens on the following track, The God Ennui. A band embracing post-rock isn't a new thing anymore, but when there's a band like Bosse-De-Nage who manage to not only give the sub-genre, but the entire genre of black metal, a new perspective on both post-rock influence and more poetic, I'll leave the sexual nature of them for others to discuss, lyrics, it's exciting. Sure, it's not really as intense as their first two full-lengths, but exciting doesn't have to mean intense or brutal, what makes me excited is hearing a band do something interesting with their sound that is different from what I've heard before, even if it's only a minor change, it can make a world of difference. That's what we have here folks, a band doing something just a little different but breathing new life into a genre that is dying very quickly.
This is a post-black metal (post-rock influenced black metal) album that stands apart from others in the genre, which at this point is not only a good thing but surprising as well. It stands alone in the genre as a pyre of resolute defiance and artistry that the genre has yet to embrace, or rape. Definitely check this album out if you haven't already.
Overall Score: 9
Highlights: Desuetude, An Ideal Ledge
Posted by maskofgojira at 10:30 AM