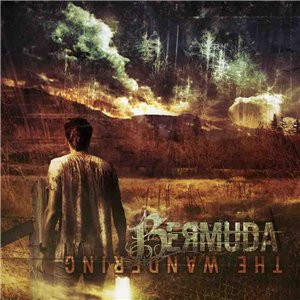 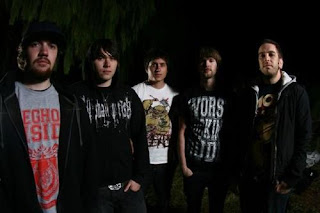 Ok, this appears to be the year where I give a crap about deathcore at all because this is the third album from the genre I've covered/am covering. This one is probably a bit more popular than the other two but I decided to give it a shot anyway. I heard one song and thought it was decent, maybe the rest of the album will surprise me.
I'll just point out that the song I heard that made me want to check this album out in the first place was In Trenches, which features Kevin McCaughey of Ion Dissonance on it. The reason I even listened to that song was because the album was being compared to Ion Dissonance's brand of chaotic techcore, which I can't say I'm a gigantic fan of anyway, but I think they're an interesting band. On the strength of that song alone, I did think that the album was worth looking into because it had that sort of chaotic kind of vibe that Ion Dissonance has but was more groovy, djent based with a lot of Meshuggah worship going on. I'm not going to bother saying that it was an original fusion of ideas, but it was pretty well done and I thought that song was kind of interesting, and if I'm being totally honest, I kinda got what I expected to get from the album. There are a couple of surprises in here, but djenty, somewhat chaotic deathcore is what I expected, and djenty, somewhat chaotic deathcore is what I got. As you'd expect from a record like this, there's a real lack of variety. Personally, the first three songs all just sort of blend together, and if you weren't paying attention, you'd probably think the same for pretty much the entire album because there is a real reliance on low-end throughout. I don't know if it's the fact that these guys just really like Meshuggah or what but nearly every riff that isn't a melody or atmospheric part is on the lowest strings. While there are bands who can, and have, gotten away with that, this is not one of them. There just isn't enough different in each track to really separate them from one another.
Those few surprises come in the form of three tracks, which include Sachael, Lagrange Pointe, and Obstruction. I'll say right away that they were surprises because I thought that they were experiments that turned out rather well all things considered, but having said that, the ideas are not original in any way and you'd have to have never heard any other djent or progressive-ish band before to think they were original. The use of more atmospheric elements and clean vocals on Sachael definitely made the track for me. The clean vocals aren't really standout worthy, though I can't say the growls are either, but they were utilized well to make the chorus stand out and is one of the more memorable parts on the entire album. Lagrange Pointe brings a nice change of pace to the album by actually maintaining a pretty calm and melodic tone for pretty much its entire running time. It's probably the most progressive track on the entire track, maybe because it's an instrumental the band thought they'd just branch out and do something interesting, I don't know, but I really wish they had done more of that on songs with vocals (it's ok to write a song that's longer than four minutes if you do something interesting like this in it). Finally, we have closer Obstruction which is a whopping eight minutes long, and actually manages to do something with that length. Unlike pretty much every other track on the album, there's an actual build-up before the band jump into their tough-guy deathcore beatdown stuff. The doomy passage that helps to introduce the track is pretty well executed, and the track is pretty slow in and of itself. It really recalls a similar style that Meshuggah did, and pretty much perfected, on Nothing. It's slower, but is easily one of the most interesting tracks on the entire album because of it.
It's all right, I got pretty much what I expected so I can't say that it let me down or anything. There are some tracks that do show potential and I can only hope the band actually do more with those ideas on albums to come. If you happen to enjoy the more djenty side of modern deathcore or some variation on that, chances are you'll really dig this album.
Overall Score: 6
Highlights: Sachael, Lagrange Pointe, Obstruction
Posted by maskofgojira at 7:57 PM