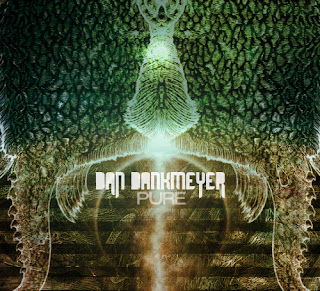 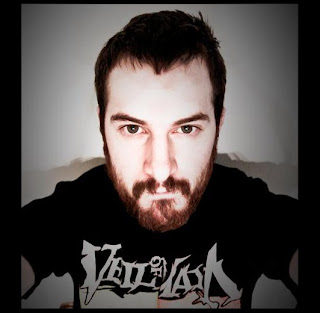 I've been following Dan Dankmeyer for something like a year and half now and consider myself a pretty big supporter in what he does. When it comes to solo instrumental metal guitarists, it seems like more and more pop up every month, but Dankmeyer continues to be one of the few who know how to write songs. This is his first album this year, after the two he released last year and has a much larger gap in between the dates, was it worth all the time he invested?
So, what can you expect to hear from this album that's different from his last few is what you're probably asking. Well, the most obvious thing that stuck out to me on a first listen was the production sound of the album, which is far and away Dankmeyer's best. The album is so big sounding, but with multiple layers of guitars interweaving with each other, but it never really sounds messy or dense, but very open. While I wouldn't say it's on par with the work of Devin Townsend or Misha Mansoor, Dankmeyer has definitely carved out an album with a very nice sound that brings out his songwriting talents even more than previous albums have. I'd say that it's a much needed improvement since I felt that after multiple spins, Origin wasn't all that different, sonically, from what I thought he had done on Arcologies, which I still think is one of the best albums from that sort of instrumental djent guitar style. With that being said, I have to bring to light what is probably the biggest problem with the record, the mixing. This is a guitar album, there are no vocals, but a majority of these songs suffer from having multiple lead lines intersecting and weaving together so it can be a bit difficult to really decipher when you're getting a repeated melody or entering into a completely new section, something I found especially hard on a track like A Scene From The Lid of The Sleepers Eye. It's not a bad thing, but I do think balancing the guitars out a little bit more to emphasize certain parts more than others.
A couple of days ago I had read an article talking about how some bands/artists aren't so happy with the whole extended range phenomenon and while there are plenty of arguments against their use, there are just as many that will show the naysayers that extended range doesn't just mean lower chugs. An album like this one shows an almost surprising level of restraint when it comes in that department. As Dankmeyer said in an interview I did with him last year, a lot of his influences come from metalcore groups like Unearth and Darkest Hour, among other styles as well, but while there are chugs on here, on an 8-string, they are almost never the focus of a section and act more as a backing, percussive instrument than a lead guitar part. Low-end is used less to chug and more as just a part of a riff (hopefully that makes sense).
But I guess I haven't really touched on what really makes this album different from Dankmeyer's previous efforts yet so let's touch on that next. Obviously his progression from more djenty metalcore songs, hear X for his best work in that area, into more melodic progressive metal has been one that's been in development now, but it's on this record where I really got the sense that he's come into his own as a songwriter. What struck me as a bit odd was that his best side is shown on both the longest and the shortest songs on here. For me, most of the songs in the seven-to-eight minute length were not as engaging as the ones that were closer to seven or the ones that topped ten, which might come as a bit of a surprise to some. Sure, he still makes use of the occasional breakdown and there's still some stuff on here that recalls Meshuggah, hear The Long Song for both, but it's a far more melodic record than I expected to hear. Personally, based on the fact that he actually made use softer and more cleaner guitar parts near the end of the album, hear closer The Air At Midnight for a good example, I would love to hear Dankmeyer utilize that even more on his next release(s) cause they really add another color to his style.
It's a really solid album from a guitar player that is hopefully getting more and more praise and attention with each release. So far, this is the peak of his creative and songwriting abilities (which I know some consider to be one and the same). If you happen to dig instrumental prog-metal, definitely check out this album and Dankmeyer's back catalog, you won't be disappointed.
Overall Score: 9
Highlights: Lethargic, Hologram, The Long Song
Posted by maskofgojira at 3:59 PM