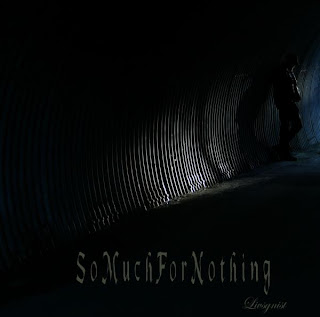 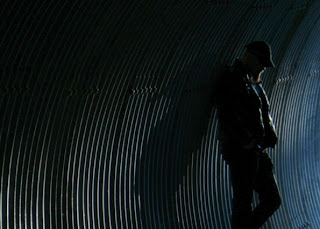 Band: So Much For Nothing
Country: Oslo, Norway
Style: Progressive/Depressive Black Metal
Label: My Kingdom Music

With the releases from bands like Abyssic Hate, Shining, and Bethlehem coming out from the mid to late 90s helping to start the whole dsbm sub-genre, you'd be inclined to think that the evolution of two of those bands would inspire further groups. Since the whole dsbm genre has basically gone to crap in the last handful of years, inspiring less good music, more bands would be willing to take more chances. What we happen to have here is one of those projects.
I guess I should just open this up right now and say that there is some serious Shining (Swe) worship going on here. If you're not a fan of them, chances are you won't dig this so much. There's a very similar atmospheric and production sound on here that recalls the more recent work from Sweden's suicidal darlings. Hell vocalist Kvarforth even comes in to do a guest spot on the album centerpiece Suffer In Silence. Personally, I don't really have a problem with that, I like Shining and the more bands that take influence from other good bands, the better. This band also has a pension for samples which, personally, I'm still pretty iffy on, while they fit the overall mood, I think that they're too loud in the mix and are somewhat distracting from what turns out to be some of the most beautiful moments on the album. Though I'd say these guys aren't as riff heavy as their Swedish counterparts, they certainly have a few more creative ideas in their pocket. Right off the bat this two man band presents a sound which, may not be the most original at this point anymore, but still stands up as being a pretty good idea nonetheless, of bringing in a saxophone. The use of cello, violin, trumpet, and piano throughout the rest of the album is also pretty indicative of the duo's willingness to go outside of standards for the whole dsbm label and just try out some more experimental stuff.
Probably my biggest problem with this album is just that these songs are pretty inconsistent, at least to me. While I wouldn't declare any of them to be bad, when I listen to them, a whole song just doesn't stick with me, only parts of a song, and to some that may work. For example, that opener I mentioned, it has a lot of cool ideas, using a sax to open the track, using some sparce piano throughout the track, and a pretty solid mood, but the song itself just isn't all that special. The following two tracks are more opposites to each other with One Last Night having a pretty anthemic chorus, but the rest of the song just sort of being meh, Perfect is great except for the chorus. I'm not saying that the album is bad, but there just wasn't a song where I found myself enjoying the entire thing, just sections of it, which is more of a personal thing, maybe others do enjoy entire songs.
I know that when most people think of dsbm they think of lo-fi, or just plain shit, production. Much like more recent bands (Shining, Lifelover [R.I.P.], Omitir) SMFN has opted for a much slicker and well produced sound. Though I wouldn't exactly call it polished or super clean, it's still sounds very modern, and that might turn some people off. Personally, for a release like this, I think it does work, it still retains it's rather melancholic atmosphere and the guitars still sound like they're distorted while it allows clarity for the horns and strings to come through. Just thought it was worth a mention, it might not please everyone, but it does work.
It's fine, I kind of had higher expectations for the album based on what I had read and the one track (don't remember which one it was) that I listened to before covering this, but thems the breaks. It's certainly leagues ahead of the dozens of other dsbm bands and these guys have some really good ideas, I just think they need to work a bit more on their songwriting. If you're fans of more clean sounding atmospheric black metal, in the vein of Shining, check these guys out.
Overall Score: 7
Highlights: Perfect, Suffer In Silence, Livsgnist
Posted by maskofgojira at 2:42 PM