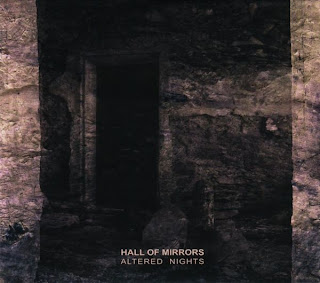 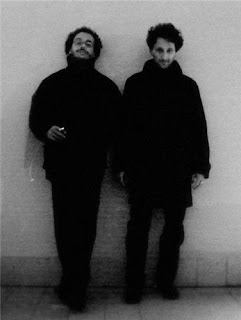 I had never heard of this project before being sent this album and it was one of those times where I knew I had to hear it because of its cover. It's bleak and dark and that just bodes well for this style of music. The concept also struck me as working really well, especially in the state of mind I was in when I first listened to it.
With an album like this one, I wasn't really sure how to approach it. It's dark ambient music, so it obviously requires the listener's patience and attention, or no attention, in order to just soak it in, but seeing as I don't have a lot of time, I have to kind of listen to it here and there. What resulted from that is me gaining an experience from this that I have not gotten from other albums of a similar style. For the dark ambient and industrial noise based genres, from the handful of groups that I've listened to from it, I haven't found too many that ultimately connected with me on a higher level than just enjoying it. Now, despite what you may be thinking, I'm not going to say that this connected with me on some pseudo-intellectual or spiritual level, but what I will say is that it's probably one of the most entertaining and deep records I've ever heard produced by the genre. Now, I'm gonna guess at what you're probably thinking now, "Dark ambient music, entertaining, don't make me laugh (or some variation on that)," but believe it or not, this is an entertaining record that is quite interesting to listen to.
Each track on here contains a rich and complex musical soundscape that is deeply engrossing. It's a cacophony of various ideas coming together into tracks that explore themes of madness, paranoia, and terror, among others, and is one of the few dark ambient albums I've heard that manages to actually convey any sense of that within me. Usually it's just, it's dark, and I'm totally fine with that, but it's nice when music can give you a feeling of dread. It also helps that there's always something happening in these songs, with the exception of Night 3: Magmatic Resonance, which I found to be a bit too cold and sparse to really keep my attention, I never found myself getting bored and was instead actually drawn into the soundscape. Probably the most surprising thing to me while listening to this was that it never felt long. This is two discs worth of music, and not the sort of music that is all that active either, but it seemed to feel like I had actually been listening to this for around an hour and forty minutes.
Ultimately, it's the longest track on here that makes this worthwhile though. For all the reasons that I enjoy the first disc, the second disc, which contains the forty-five minute Last Night: Late Summer Ceremony, is pretty much everything that I liked, but in a single track. You have extremely unsettling electronics, bouts of noise abuse, disturbing ambient sections, and it's just so pitch perfect in that regard that it kind of makes the first disc feel rather uninspired by comparison. Hell there's a small bit near the end that almost makes me think of really raw black metal, it isn't by the way, but it makes me think of it. Sort of Sutekh Hexen-ish in a way, but more atmospheric, either way, it's a great track that really personifies everything that I like about this album.
This thing gets a big thumbs-up from me, it's easily one of the most exciting ambient/noise/etc. albums I've heard in a long while. Once again, it's not going to be everyone's cup of tea, but I still think that at the very least the second disc is worth hearing this year. Definitely check it out if you're a fan of this sort of stuff, you will not be disappointed.
Overall Score: 8.5
Highlights: Night 2: Invocation, Last Night: Late Summer Ceremony
Posted by maskofgojira at 11:06 AM