This year has produced a number of interesting releases but here were a bunch of releases that fell somewhere in between the black and doom metal genre enough to make me want to just group them all together. Maybe it's a bit of a cop out but it's likely that someone will find a new band if you lump them together with a bunch a band they might already know about. 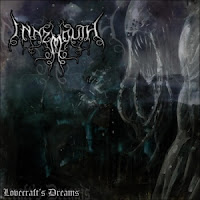 Starting off with probably the most unknown of the five groups here. Basic info first, five songs, including the intro and outro, so essentially three tracks with the whole thing clocking in at just over thirty one minutes. For a funeral doom album, that's short. Despite essentially being made up of only three tracks, it's surprisingly solid. I mean, it's not going to blow anyone away, but the band manages to hit a nice stride on each track where they really hit the mark when it comes to making slow, heavy, and atmospheric pieces. While the guitar tone is a bit too raw and clashes with the rest of the sound at times, the album as a whole is put together rather well. There's also a pretty dark and melancholic vibe on all of these tracks, which, coming from someone who went through a funeral doom period and listened to quite a few one-man bands doing a similar thing to this, is pretty impressive by comparison. It's not up there with the greats and it's not going to sour your day if you listen to it, but it's quite enchanting. As a whole, it's quite decent, nothing great yet, but worth checking out if you're a fan of the funeral doom genre.
Overall Score: 7
Highlights: The Voyage, Requiem 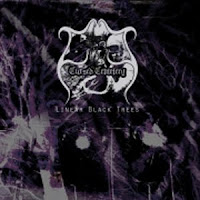 This is a strange little album that for the most part stays away from the funeral doom and depressive black metal sounds that made up the project's previous full-length album. While there are still plenty of moments where those influences can be heard, their impact is felt less on these six songs than the more industrial tones that help to make up the backdrop to these songs. To clarify when I said strange above though, I say that because of how much the synths manage to take control of the songs on here, which is why I said there's an industrial element to the album. Guitars still have their place, but even when they're up front and clear, the synths and keyboard drones and melodies tend to be more interesting and wind up drawing, at least my ear towards them over the guitars. Hell, there are tracks on here, whether or not you want to call them interludes is totally up to the listener, that feature nothing but synth and keyboards. But this is still a metal album, with the opening title-track bringing in that slow doom influence while Queen of Light and Black Trance is a pretty atmospheric black metal song. I think it's an interesting album and it's obvious that the heart placed in this is in the right place, I just think that the ideas are a bit inconsistent.
Overall Score: 7
Highlights: Queen of Light and Black Trance, Astral Neonism As It Drowns 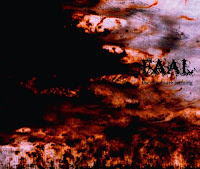 It's hard to really speak about funeral doom when it's a newer group, at least I find it a bit more difficult anyway. Because a band is new and don't have as much material it can be somewhat hard to say something about a record, which is kind of how Faal wound up. I thought the album title was pretty cool sounding, and it definitely paints an image in your head, but seeing that they were being called post-rock along with funeral doom was the straw that broke the camel's back, so to speak, and made me want to cover this. If there's anything to say about this album though, it's that the band certainly know what they're doing. Despite this being a mainly funeral doom-based album, the post-rock influence is obviously there, with the use of clean guitar sections as well as beautiful builds stick out like a sore-thumb in comparison to the bleaker heavy moments. But what stuck out the most to me were the faster sections, this is not an album that stays slow all the time as the band move into mid-paced (I know, big difference) territory at some point on nearly every track. While it's hard to say that it's an original idea, it is great to hear a "funeral doom" band explore tempos outside of slow, really slow, and kind of slow, even though that is where the majority of the album tends to stay rooted in.
Overall Score: 8
Highlights: My Body Glows Red, Tempest 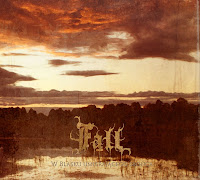 Ok, maybe this one doesn't fit too well in here, but the reason I even wanted to cover it was so that I could cover a band called Fall with the above band, Faal. But onto the heart of the matter. If this looks like a black metal album, guess what, you're right, it is. With that being said, to say that this is solely a black metal record, in the sense of being one-dimensional, you'd be in for a big surprise by the end of this. Nearly every track on here manages to switch up the style, if only somewhat, of the band so you get quite the little schizoid here. Having said that, I do find that variety on here to be the band's downfall, they really don't have any sense of identity and it feels like the band weren't really sure what style they wanted to play, so they just played a little bit of everything. I have to say that for the most part they definitely pull most of them off well, but there just isn't a whole lot of flow in here. Sure, I Przyszła Jesień is a slab of well performed blackened doom but then they go off near the middle of the album and explore sounds from blackgaze, Cascadia, and folk (which is the best of the three). A lot of sounds like it should and could work together, but it just felt a little more than inconsistent to me. I don't have a problem with the amount of variety, I just wish it was more cohesive as a whole.
Overall Score: 7.5
Highlights: W Blasku Umierającego Słońca, Gdy Ogień Trawi Ducha, I Zniknie Wszystko
Posted by maskofgojira at 12:43 AM