I don't really like covering reissued albums just because they really aren't "new" albums and I just feel like it isn't really worth promoting stuff that is technically old. I'm kind of making a one time exception for these albums because they're albums that I haven't seem a whole lot of exposure for. (all of these are reviewed from 1-10) 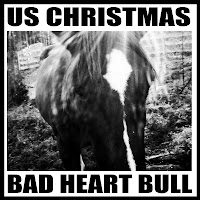 When it comes to modern psychedelic stoner rock, US Christmas is easily one of the most celebrated and worthwhile groups to perform the style, but if you happen to look back at their origins, with this first record of theirs, you'll see what was the groundwork for later expansions. What happens to have been recorded on this debut is a bunch of ideas that are, as one might expect, rather rough and raggedy around the edges but hint at what the band would later do. With more typical stoner rock tunes like New War and Thin The Heard being mixed in with psychedelic jams that often bring more of that country influence we would later hear integrated much better, on tracks like Gallows Humor; but you will definitely hear more of the latter on here. Due to the fact that these are all pretty short songs, and though the band have never really gone out into super long jams until last year's The Valley Path record, they all work for what they are. The only real downside to this record is the closer, Bad Heart Bull II, which is more of a noise/field recording sort of track that just doesn't really mix with what the rest of the album all that well. It's a solid debut and is a nice release if you're at all interested in hearing where the band's origins lie.
Overall Score: 8
Highlights: Gallows Humor, Lazarus, Thin The Heard 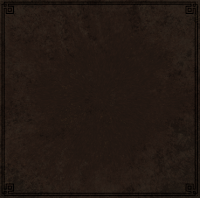 What can you say about a slab of raw black metal? I guess the best thing I could say about this album is that when it moves, it really feels like something is happening (I can't honestly pinpoint what that something is though). I know that that probably doesn't really sound all that great, but for as stereotypical as this release is, stylistically, there's something almost inspirational about it. Whenever I listened to this I wanted to pick up a guitar or some instrument and just start writing my own riffs/songs/etc. I don't know if you'd consider that a good or a bad thing, but it didn't really bother me. The album itself is really short, clocking in a just over thirty minutes, so it doesn't waste any time with its songs. Like I said though, it's pretty standard raw black metal stuff with Jaws of Time being the only track that seemed to show any sort of experimentation. It's not much, but on an album like this, it is certainly appreciated. While I can't really say anything on this album will surprise you if you've already explored your late 90s into early 00s black metal, I would definitely say that the second half of the album is more memorable than the first, which is a bit more plodding. It's not bad, just a little unremarkable. If you happen to dig this sort of stuff I'd say to give it a shot.
Overall Score: 7
Highlights: Shroud of Satan, Brand Carrier's Canticle, Jaws of Time 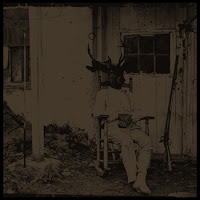 Ok, so maybe this one isn't quite a reissue like the two albums above are, it's more of a compilation of the band's last EP and a mini-album that I haven't really heard much about. Ultimately, this starts off pretty promising, opener Wolves Eating The Sun is easily the highlight of this record, bringing in the sort of post-rock and shoegaze influenced black metal sound into perhaps a more "atmospheric" kind of realm. I wouldn't go so far as to say it's an original sound, though there are features about the track that definitely stand out, like the clean vocals and tribal drumming used throughout, it definitely bodes well for the band if they continue to work on this sound. But with that being said the four tracks that follow it are less than stellar by comparison and feel a bit odd coming from a group who I know started out playing, and have become known for playing, black metal. The following four tracks remove most of what made the opener so worthwhile. The band experiment with Godspeed You! Black Emperor-esque post-rock on Not Unlike A Falling Leaf, which is all fine and dandy, if not a bit out of place, while experimenting with straight-up ambient, noise, jazz, and field recordings as well. It's not that any of them are bad, but when you have a great opener like the one on here and the rest of the album just seems unfocused and ill disciplined (I know they came from two separate EPs, but nonetheless). I look forward to hearing a full-length that perhaps shows a more focused sound from these guys in the future.
Overall Score: 6
Highlights: Wolves Eating The Sun, Not Unlike A Falling Leaf
Posted by maskofgojira at 3:06 PM