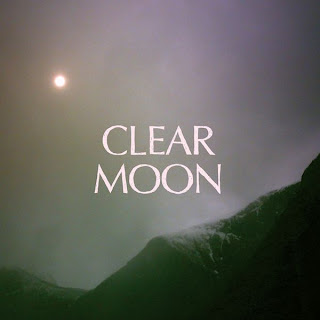 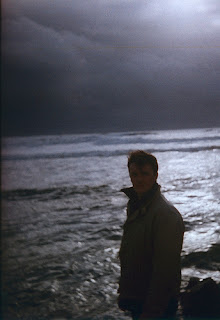 Looking back, I think Mount Eerie was probably one of the first, if not the first, purely folk based band I had ever gotten into. Phil Elverum's rather stripped down but always imaginative form of folk music just hit a chord with me. In addition to that, I guess Elverum embracing black metal as an influence probably had something to do with me checking him out to begin with.
It probably won't come as any surprise that Wind's Poem was my introduction to Phil Elverum's work. It should come as no surprise that after hearing that I went back and listened to other releases he's put out and wound up finding a really great songwriter. Though it's hard to say that he's made an impact on the folk scene, or indie folk to be more specific, I can't help that his more recent output has been sort of glossed over by the amounts of praise he's received from the likes of Wind's Poem and by those who just don't care for that album at all. Maybe I just haven't dug deep enough but I have yet to find other artists within the indie folk scene that have his imagination and sense of exploration. While this is nowhere near the harsh and distorted wall of sound that he explored on his last full-length, the sound of this album is far more approachable and relaxing (you be the judge if you find that to be a good or bad thing).
Personally, and take this for what you will, I actually found this to be a less engaging release than a lot of the other material Elverum has released in the past, and I don't mean that necessarily as a bad thing. Like I just said, I think this is still a very approachable album, but it's not the sort of album with a bunch of songs and ideas on it that he's released in the past, instead, it's a more experimental piece. For me, it's basically his incorporation and experimentation with drone and ambient music, in a similar way to what he did with black metal. Having said that, to say that there's a lot of silence on here would be incorrect, though a lot of ideas on here can certainly be traced back to drone and ambient music, which is most obviously heard in the background, the use of more electronic elements are all over these songs. Whether it be the synth odyssey of the title-track or the more panoramic use of various instruments and sounds on Lone Bell, there's always something different going on. Though I didn't find the dubstep-ish influence on House Shape to be enjoyable, I certainly do respect Elverum for at least trying to incorporate it into the project, it's just not something I particularly enjoy. I can get past the use of auto-tune on the title-track but for some reason dubstep just makes me cringe. The more "typical" songs on here more than make up for a few missteps (at least to me) though with stellar melodies, huge and melancholic atmospheres, and somber instrumentation.
Even though I didn't enjoy this more than Wind's Poem, it's certainly up there and I do view it as one of Elverum's best releases to date. I think the good songs are really good with some great ideas but then there are songs that are just meh for me because I don't like the direction of the track. As a whole though, it's certainly worth checking out.
Overall Score: 7.5
Highlights: The Place I Live, Lone Bell, Clear Moon
Posted by maskofgojira at 4:35 PM