Yeah, I know, another double review, but this time I actually figured, you know, that these two bands actually sound similar enough to where I could pull this one off well. 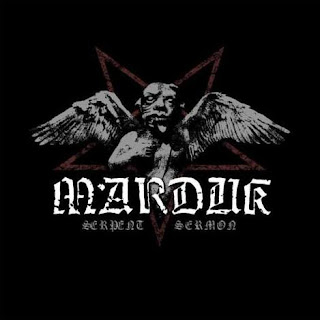 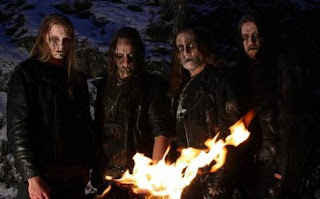 When it comes to black metal, in general, I think Marduk was among the first "real" black metal bands I ever got into. Having said that, I can't say that I was ever much a fan until their material with Mortuus. I was really into their 2009 album Wormwood, but wasn't sure how a "return to the kvlt", so to speak, was going to work out for them.
I say that this is their "return to the kvlt" because I've read a few interviews where guitarist Patrick Morgan had said that the band was trying to make a very modern sounding black metal record. Modern in the sense of production more than sonic experimentation, and I can appreciate that for what it is. Personally, despite the praise that Marduk's early records hold, I never really thought too much of them, and their material with Legion on vocals I never found to be all that interesting. Mortuus really helped the band into another level, whether or not he actually had an impact on songwriting I don't know, but the records with him on them are the records that I like. With that being said, this is a perfectly adequate black metal record, and there really isn't all that much to be said about it in my opinion. All that guys definitely know how to carry a song, which is why they can pull off lengthy tracks at the end of the record, and make it dynamic while still delivering plenty of fury. I really like how the band have learned that a black metal album isn't about constant blasting because some of their best material in recent years has actually been the songs where they've slowed down and settle into more of a groove. Personally, I think that the album is a bit weak starting off. It really didn't pick up until track four, Into Second Death, opened up that I felt like the album had hit its stride. While the rest of the album manages to retain a quality level that's pretty high, there are obvious songs that will stick out more, and personally, the last two really showed the band in top form. On first listen, I did think they were a bit too long, but after some time I actually do view them as some of the best tracks on the album. They're no faster tracks, and for all that talk that Morgan gives about this being a "return to the kvlt", I'm glad that by the end, they wound up making a record that is far more diverse and dynamic than most of what they actually released in the 90s.
It's a perfectly solid black metal album with some really solid songwriting and performances. While I don't hold it quite as highly as Wormwood, this is a really great record that should only open even more doors for the band. Definitely check it out if you happen to like black metal.
Overall Score: 8
Highlights: Into Second Death, M.A.M.M.O.N, Coram Satanae 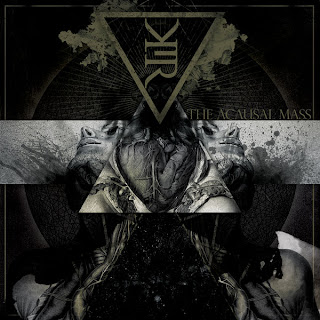 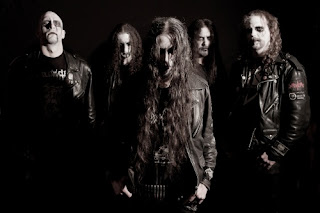 By contrast, I have only recently become a fan of Merrimack, back in 2009 or early 2010 to be more specific. Back whenever they were promoting 2009's Grey Rigorism and really blew me away with a video for that album. Since then, almost the entire band has been replaced, so how will all these new members change the sound of the band is the big question.
Boy was I surprised when I pressed play on this album and Vestals of Descending Light turned out to actually be a song and not just an intro track. Sure it's short and rather inconsequential compared to several other tracks, but it did give me a nice jump when I listened to this for the first time. As for the rest of the album, what more can I say than it's Merrimack alright. There's definitely a bit more of an embrace of I guess what could be called dissonance, but not enough to really say their ripping off a group like Deathspell Omega. Unlike the above average, but ultimately standard black metal that the band have delivered in the past, I found their songwriting on here to take a more interesting turn for the better. Honestly, it isn't all that different from their past material, but the riffs and song structures are just more engaging, whether it's the heavy stomp that opens Gospel of The Void or the winding riffs that spiral into the abyss for Beati Estis Cum Maledixerint Vobis, they are without a doubt interesting to listen to. In addition to that, I actually really like several of the song titles on here, they're just blasphemous and disgusting (without being overly gross or misogynist) and I love it. kind of wish there was a bit more personality with this album though. What I loved about Grey Rigorism was that I really got a sense of who the band was, and on here it feels a bit faceless, though with an almost entirely new line-up I shouldn't at all be surprised by that. I do think that the band will find a sound on more their own on the next record or so though. The embrace of more dissonance riffs and even the inclusion of an acoustic section on here is definitely a step into a direction that I can only hope the band continue to explore in the future.
It's a perfectly decent and enjoyable album, but besides a couple of changes, isn't too different from the band's past work. I think that if you've been a fan of the band, you won't be disappointed with this album. If you're a black metal fan, regardless of sub-genres, I think that this is at least worth a listen.
Overall Score: 7.5
Highlights: Gospel of The Void, Hypophanie, Abortion Light
Posted by maskofgojira at 11:12 AM