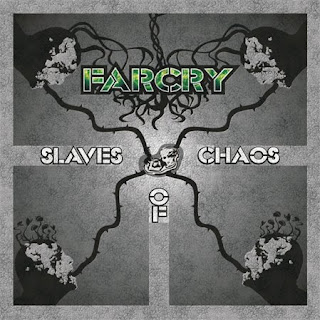 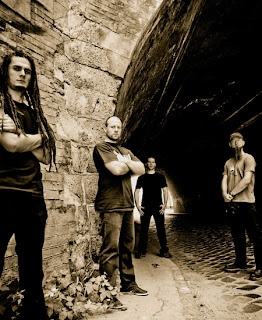 Like I've said numerous times before, I'm not a huge advocator of thrash metal, that remains true. However, as of recently, I have been becoming more aware of more interesting thrash acts out there. Farcry sent me their album a few months ago, and now I think I'm ready to talk about it.
I will say that much like the Aggression album I covered a couple of weeks back, this band also has a heavy Atheist influence coming through their sound. While I don't think the guitar riffs are as technical or "progressive" as the likes of Atheist or even Aggression, the bass work more than makes up for it. There are jazzy lines thrown into nearly every song and some nice fill on a couple of tracks as well, and I have to say that the bass work is easily the highlight of the album. The only time I had a problem with the bass work was on The Surgeon, where it just felt like the bass was sort of hindering the more straightforward nature of the song by plucking it in the verses. The guitar work is more of a fusion of ideas from groups like the aforementioned Atheist, Meshuggah grooves, Exodus and early Metallica speed, and maybe some death metal palm-muted stuff as well. It's a pretty wide selection of ideas coming through on here and the band pull it off with relative ease. But like most thrash based bands, there are some things lacking in terms of diversity from song to song. With only ten tracks, one being an intro, most of these songs are quick and snappy, but I kind of like it when there's perhaps a song that's a little bit slower, or just shows a wider array of tempos explored on here; but, it's a debut so I guess I shouldn't expect so much.
In terms of songwriting, I think that the band do have a lot going for them. By making use of, at least what appears to be, a wide variety of influences, they can write songs that are more straightforward thrashers as well as more technical ones that make use of more stop-start riffing patterns and they pull both off rather well. As the album progresses, the band begin demonstrating a higher degree of proficiency in the songcraft, really living up to the progressive influences. Riffs begin to become more technical, harmonies begin to pop up more, songs begin to become more complex structurally, and there's more room give to instrumental passages, all in all, the band just up their game. I will say that tempos also become more varied (with more progressive songs, I would hope so) but I still think I would like to hear the band tackle a straight-up mid-tempo or slow track, even if it's mediocre, I think it would just really spice up their sound, remember, death-doom is still good. Longer songs do wind up showing the best sides of the band's sound and I think that exploring lengthier tracks would not hurt them, if the songs on here are any indication of where the band is heading for the future.
Definitely a solid and interesting thrash metal album that is far better than anything else the genre has pumped out recently. Both this and Aggression stand as some of the best newer thrash acts and I can only hope that more bands like this continue to spice up the genre. If you dig thrash or even death metal, I think you'll enjoy this album quite a bit.
Overall Score: 8.5
Highlights: Awakening Under Stones, Reflections, Being Under
Posted by maskofgojira at 11:45 PM