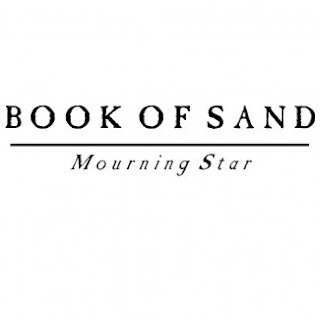 Book of Sand has been on quite a bit of a buzz since the project's first album, How Beautiful to Walk Free, several years ago. Since then we've had four other albums, including this one, released and apparently even more are planned to be released soon as well. It's not exactly easy coming into a new album from this project (which is why I've prolonged this review) but if you come in expecting anything, you always know it's going to be interesting.
Just to clear this up right away, for anyone who got the same idea upon seeing the track list like I did when I first saw it, opener The Face of The Water is a different track than the title-track of the project's last full-length album. That aside, for anyone who thought that last year's The Face of The Waters album was perhaps more accessible due to its cleaner production and far more jazz based sound, will more than likely be put off by this. The same could be said of those who enjoyed the metallic energy of 2010's How Beautiful to Walk Free, though in retrospect, every album released by this project has been different, but it's a very weird album and I was certainly taken aback whenever that first burst of distortion comes in. Though this is certainly more "metal" than his last album, to say that it's any more accessible would be one of the last things I would choose to describe this album. It's really bizarre and disorienting, not something I expected, even based on hearing several of the project's past releases. It's by no means an easy album to get into.
The sound really makes me think of what it might sound like if someone like Ben Monder decided to join a group like Blut Aus Nord or Deathspell Omega, it's really off sounding, dissonant and weird, but for some reason it works. Those more metal based parts are really strange and odd, but I love it all the more because it doesn't sound right or even all that great on first listen, but as your ears begin to adjust to what you're listening to and your mind loosens up, it begins to become more coherent. Interspersed with those shots of metal are more genre bending ideas, from folk to ambient and noise. I'll admit that it might have just been the pair of headphones I was using at the time, but the first time I listened to this I felt like there were long stretches of blank silence, and I didn't get it. After listening to it on another pair of headphones as well as in the car and on my computer, I have realized that that was not the case. There are some long moments of more ambient kind of material, but it's not silence. There's also no shortage of extra instrumentation on here either, with the use of what sounds like violin (which is the only one I know for a fact is actually on here), and what sounds like piano, among others.
I don't know about how others feel about this but I thought that the album kind of feel off a bit after the epic Planet SUV. While neither of the tracks that follow it are bad, I feel like because they're shorter, by comparison they just don't feel as complete or grabbing. The ideas are interesting and I like where they were going but I think that they could have helped introduce Planet SUV rather than come after it, or at least one of them could have. Closer, That Tearful Day, does its best to try and bring back some of strange metallic quality from earlier in the album but by then it's just too little too late. Besides that, I can't really say that I was disappointed by anything on here actually.
As a whole, I think it's actually a pretty strong album with a lot to like about it, but there are some flaws that keep it down in my own opinion. It's really interesting and if I could love it just for that I would, but there's so much more on here to hear and reflect on. This is definitely recommended if you happen to like really weird and left-field black metal records.
Overall Score: 8.5
Highlights: The Face of The Water, Fits and Starts, Planet SUV,
Posted by maskofgojira at 8:43 AM