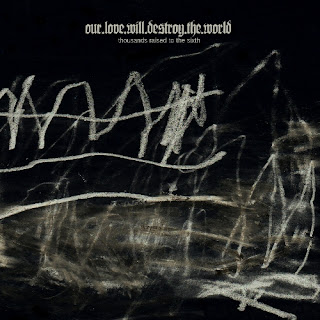 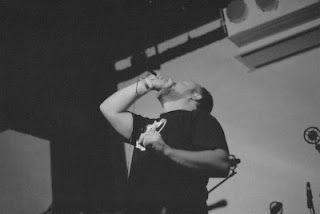 In the world of noise and drone music, OLWDTW has to be one of my personal favorite projects. I couldn't tell you why, but I was able to grab onto the music in a way that I couldn't for other projects and groups. Ever since I heard that HMB was going to be releasing an album from this project of Campbell Kneale I was anxiously awaiting to hear what it would sound like.
Now, I'll just make a statement right now that is pretty irrelevant to the rest of this album, but I am not Birchville Cat Motel. With that being said, I'm going to move on. I haven't heard most of OLWDTW's albums that were released in the last two years or so, for one reason or another mainly having to do with how I distribute my cash flow, but that's beside the point, so I can't say how the project's sound has really expanded or been explored since 2009's Fucking Dracula Clouds. Listening to this album, there are definitely similarities between the two stylistically, but not so much that it would seem like no progress has been made. What with this being a double-album with nearly two hours worth of music and ideas, you're obviously bound to hear both new ideas and ones that are more similar to older material.
Personally, this album was a lot different from what I initially recalled the project sounding like. So I went back and both listened to and skimmed through various other albums by the project and found that I wasn't so far off the mark. Once again, I haven't really heard a whole lot of the material that OLWDTW has released in the last two years, but what's on here is far more percussive and less noisy and less stereotypical of "drone" than the early releases were. This is far more in the realm of IDM, at least to me, and is always what I thought it might sound like if a drone artist took up making electronic music. There were also a few moments where the choice of beats and the noise around them also sounded surprisingly hip-hop like, that might just be me, but listen to the end of Forgotten Stormbringer and tell me if you happen to hear it as well. It's very repetitive, obviously, but the noisy soundscape that hides behind the beats is constantly shifting and changing. There are still a couple of tracks on here that are without a doubt more of what you'd typically expect from a project like this, the noise/drone type of stuff, as well as the shoegazy, semi-Loveliescrushing sort of stuff that Kneale experimented with for a little while. All three styles are done well and pulled off interestingly enough to keep your attention while always kind of teasing towards something more elaborate.
With all that being said, I can't lie and say that I wasn't a bit disappointed by this album. I hold OLWDTW to a pretty high standard, in comparison to other noise and drone based artists that is, and this did let me down in some ways. Maybe it's the fact that there was that two year long gap where I really don't know what the material sounds like so this surprised me, or maybe it's the length, because it does begin to drag near the hour point, but there were just some aspects that let me down. While I do enjoy a good portion of the material on here, tracks like the bouncy Zine Boredom or the schizophrenic arcade machine that is Icy Reptile Swastikas just go on and on. Since most of the tracks on here tend to hover somewhere around the nine minute mark, which isn't all that long considering tracks in the project's discography have topped the thirty minute mark in the past, so the length of them doesn't bother me as much. I just think that some of the ideas, like on the two tracks mentioned above, are just bad and are not all that interesting, which leads to them just being boring. A track like Blindness Black Battalion, which is one of the shorter tracks on the album, winds up being one of the best because if feels more focused and is pretty abrasive without going overboard into full-blown noise. It's a nice blend of both old ideas and newer ones. I really wanted to love this record, but it wound up just failing to live up to my expectations (yet another reason I should try and cast those aside to begin with, but what can you do at this point).
I hate to say it because I really like OLWDTW and I love Handmade Birds, but this was a disappointing album for me. It's not bad, I want to make it clear that this is not a bad album, but it is over long and I do think that a couple of tracks could have been removed. I still recommend checking this out because everything HMB puts out is worth buying and I still hold OLWDTW to a high standard in the noise/drone styles.
Overall Score: 8
Highlights: Forgotten Stormbringer, Blindness Black Battalion, Thousands Raised to The Sixth
Posted by maskofgojira at 12:39 PM