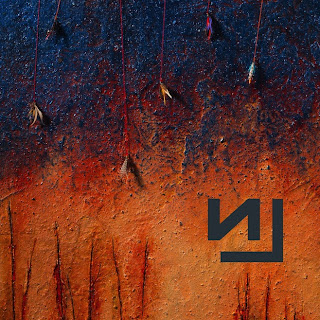 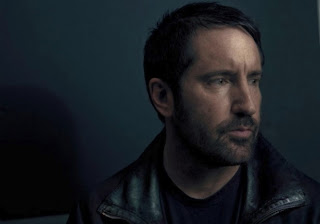 Here we are, a band that needs absolutely no introduction: Nine Inch Nails. The long running industrial "rock" (depending on when you're talking about) project of a Mr. Trent Reznor, in association with producer/friend Atticus Ross and more recently producer Alan Moulder. After a brief hiatus and a couple side projects (writing scores and How to Destroy Angels) we have the hotly anticipated new album from the band.
It should need to be discussed how vital early works from NIN have been to the landscape of modern music, with albums like The Downward Spiral and The Fragile helping to define a whole style of industrial based music. Those albums were dark and self-reflexive and while the albums that followed were no less personal, they definitely took a more concise and up-beat tone. It wasn't until 2008's The Slip that Reznor really returned to the more aggressive and abrasive sounds of his early material and despite the work in between that album and this one, there might have been some expectation that this album would bring back more of that noisier and abrasive tone, but that is not actually the case. From at least my point of view, this is the most up-beat and "light" album I think NIN has ever released. Obviously I'm using the word "light" lightly here, because there's plenty of dark subject matter explored here, but even listening through the album once it should be obvious that Reznor is in a much more stable and happier(?) state of mind.
There's no denying that tracks like Find My Way or Everything are easily some of the man's most poppy tracks, in both melody and sound construction. For as poppy and melodic as albums like With Teeth and Year Zero (which are also the two albums this album draws from, sonically, the most) they never felt quite as pop as the aforementioned tracks do. In terms of just beat choices, this album is very similar to both those albums. There aren't many songs with driving guitar parts and instead we get more of the layered and textural sounds with powerful beats found and developed on those albums. Having said that, this album is not without its own sonic experimentation. Along with that heavier pop tone, I'd say that the aforementioned Everything is closer to the pop-punk genre than anything I've ever heard from Reznor's repertoire, meanwhile All Time Low, among other tracks, feels almost hip-hop inspired in spots. Granted, it's not as if these are huge genre shifts or treading into unfamiliar ground for Reznor, but it's an interesting stylistic flair. I personally thought the darker tracks ultimately were more substantial and interesting, which shouldn't come as any surprise, if only because of a more chaotic and distorted atmosphere that's present on a handful of tracks.
Frankly, while this is definitely not the man's best release, it's certainly a solid one with some well written songs that stand up with some of his best in recent years, but I don't think it ultimately lived up to all the hype it got. I saw a comment on Facebook when this album was released that this was Trent ascending up the spiral, which, while being a joke, certainly fits with the sound of this album. So, if you haven't already listened to this album, give it a ear or two.
Overall Score: 7
Highlights: Came Back Haunted, All Time Low, In Two
Posted by maskofgojira at 12:30 AM