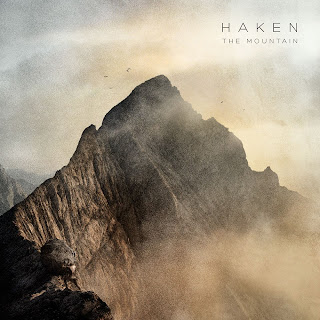 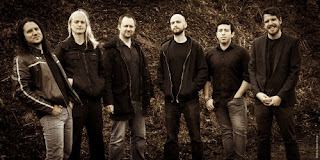 Ever since Haken impressed me with their full-length debut Aquarius back in 2010, I've been a fan. They're style is appealing to more typical prog-metal fans but they have those more quirky aspects that harken back to older prog-rock groups of the 70s and 80s which I love. Among other things, that's what got me on board originally and that's what kept me listening up to this point.

Perhaps it's because Haken seems to bring stylistic ticks from both modern bands and older groups that they have been able to make a name for themselves despite still being a relatively young group. In all honesty, I can't think of another band that has brought the two brands of progressive styles together in as successful or fulfilling way as this one. There are plenty of bands working in the confines set by Dream Theater back with their first couple of records, as well as groups who continually ape whatever bands like Opeth, Porcupine Tree, Cynic, and Meshuggah do (among others). Then there are the older groups who more or less simply improve production to give their releases more of a sheen, or the newer groups who just prefer that older brand of progressive music that is closer to fusion. Hell, the likes of Opeth, Steven Wilson, Dark Suns, and a couple of others have even retreated to those sounds for their most recent work, so hearing a band like Haken who so brilliantly combine the two aesthetic choices into a cohesive whole is not only refreshing but strikingly original as well. There are clear lines from where the band receives inspiration but no one influence is ever so prevalent that it dominates the band's sound, there are mere glimpse of one band, then maybe another, but for the majority of both this record, and to a lesser extent their previous two full-lengths, they have been able to craft something unlike any other group.

With that being said, this album is decidedly more jazzy in it's approach towards songwriting. Where the previous two full-lengths were definitely located firmly within more of the metal world, this album definitely brings in more of the quirks from 70s progressive rock and 60s fusion. The record as a whole is definitely not as heavy as a result of that, with tracks like the first released Atlas Stone or Because It's There showing more of that fusion approach to songwriting than a metal one. Perhaps the most striking evolution I hear on this album is the band's use of sound design. It's not often that a band, from the rock based genres, makes use of something like sound design but it can clearly be heard throughout this record. Subtle little touches from the synths or various pads that are used for mere seconds, bring a lighter touch (light in the sense that the band aren't taking themselves too seriously) to certain tracks. Perhaps most notable in the epic Falling Back to Earth where these subtle touches are just sprinkled all over. The drum work on this album has also evolved to heights that make it perhaps the most interesting thing on a record full of great performances. Through the use of tabla (and what might be hand percussion) the drumming approaches more of a Tool-esque approach of intricacy and interest.

The entire record is really an achievement in modern progressive (rock/metal) based music because it captures both stylistic ticks so perfectly without ever compromising to them. It's a brave record for the band, both pushing their sound into more quirky and jazzy territory while reducing the heavier aspects that perhaps brought more modern prog-heads to the band, but one I think paid off. This has been out for a while at this point and if you haven't caught up with it yet, you know what you have to do.
Overall Score: 9
Highlights: Atlas Stone, Cockroach King, Pareidolia
Posted by maskofgojira at 12:53 PM