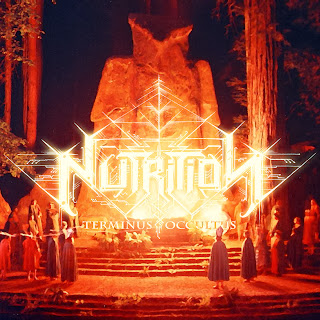 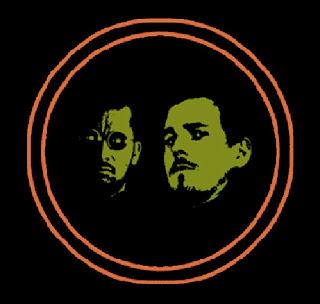 I'd like to think of myself as a long time supporter of the band known as Nutrition. I've reviewed two of their previous EPs before, both varying in terms of my enjoyment, but I have liked check up on the band every once in a while and I stumbled upon this EP. The band are poised to release a new full-length soon so I wanted to rush this one out as soon as I saw it.

Unlike the more traditional and straightforward approach taken on the band's last EP, Dusk of The Hunter I, the three songs (including an interlude) on here take a much more expansive and progressive style. Perhaps this is obvious in just looking at the extended lengths of these tracks, but keep in mind that having long songs doesn't make you a progressive band. These songs, however, do bring a more winding structure to the table while still retaining the use of a solid chorus that's grounded in the style established on previous releases. Meaning that the choruses do keep things a bit more simplistic, but are fast enough to not really feel out of place. There is, at least in my mind, a few more spots that do show a bit more of a Blut Aus Nord kind of vibe - which particularly stands out against the more melodic and straightforward riffs used. Also, bonus points for the Network sample used in I, cause that was pretty cool (there are several samples used throughout these songs but that one was my favorite). III actually managed to do the most out of the three songs on here, I think, because it managed to do all the heavy and aggressive stuff, but also had a moment where things cooled down, and the riff following that section is one of the best things I think I've heard this band put down. It's instrumental but flows from a more mid-paced and melodic section into a more dissonant one then slows down again. Obviously, there's more following that, but I'm not going to diagram the whole song here. It's just great and is something I think the band should be incredibly proud for having written.

All together I think this is actually a nice return to form for the project and if this is any indication of the direction taken on the full-length, I sure as hell can't wait to hear it. There's some really nice stuff on here that shows just how far the band have come from their beginnings. If you're a fan of more progressive and industrial leaning black and death metal I don't see any reason why you should ignore this band.
Overall Score: 7.5
Highlights: III
Posted by maskofgojira at 10:06 AM