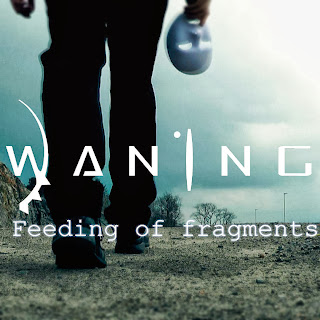 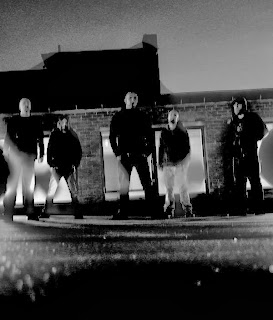 Waning is a band I've grown to be quite fond of. After a strong debut full-length, Population Control back in 2008 they really showed their metal with last year's stellar album The Human Condition (which made it into my top 50 albums of the year). Because of the four year gap between the debut and sophomore albums I certainly didn't expect to see another release from this band so soon, but was definitely pleasantly surprised when it popped up while I was on bandcamp one day.

To me, Waning is one of those bands who uses industrial influences without actually coming across as overly industrial. It's more of a tonal thing than a stylistic one, at least that's the way I felt it was presented on the previous two full-lengths because on here those influences do come across a bit more obviously. Having firmly positioned themselves within the more progressive side of the black metal genre, that obviously allows them to experiment a bit more without being criticized, but on here they're definitely bringing down some of those more progressive ideas in favor of a bit more harshness and straightforward songwriting. The overall sound is more jagged and noisy than in the past, which really brings out some of the more dissonant sounding riffs used on here. But on the other side of that are the drums which, in terms of how they sound, have a much more cold and mechanical vibe to them. At times the band sort of reminded me of a slightly more polished version of Diabolicum, which I'm sure probably wasn't a reference point for them but there definitely were aspects that reminded me of that band. However, there were also a couple points, the opening minute of Faceless In Line, definitely had a Blut Aus Nord-esque kind of vibe to it that I very much enjoyed. That track in particular was quite different because it was easily the most melodic track of the four on here, it still had those occasional moments of mechanical dissonance pop up that really made it stand out among the entire band's discography and is, at least in my opinion, of the best songs they've written to date.

It's an interesting little release that definitely brings out a side of that band that, I feel, was only vaguely touched upon in their full-lengths. I'm not sure how future EPs in this series will see the band experiment but I can only hope whatever they do they keep at as high a standard as this one. This is very good, obviously, and if you happen to enjoy experimental black metal, than I don't see how you could pass this one by.
Overall Score: 8
Highlights: Not Among Them, Faceless In Line
Posted by maskofgojira at 2:22 PM