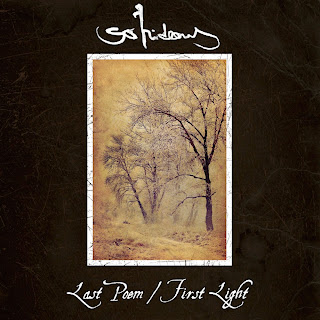 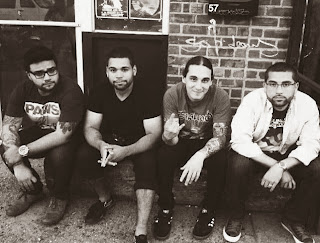 Post-black metal has really expanded since it first began only a few years back and has gone from strength to fad to lame to reinvention to wherever it's at now. Bands pop up with the intention of being original and standing out only to sound exactly like ever other band out there. So Hideous (formerly known as So Hideous, My Love...) have been a band chugging away at it for a while and it really shows.

Not that I expect anything of anyone, but for those who've read it, I wasn't a huge fan of the most recent release by Deafheaven. I didn't dislike, it just didn't do anything for me (which appears to be in stark contrast to the majority of people who have heard it). I have to be honest, I probably would have liked the most recent Deafheaven record if it sounded more like this album. Let it be known that I think this is a pretty solid album right now; and in case you were wondering I will not be referencing Deafheaven throughout this review. So Hideous are a band who seem to draw from a similar wellspring of influences as their California brothers, meaning they take from the post-rock, black metal, screamo, and post-hardcore realms of music, but unlike their more well known brothers, they bring in a less pompous style of songwriting. Instead of writing epic ten-plus minute pieces, the majority of tracks on this album are around the five minute mark, and accomplish either just as much or more than Deafheaven has - just my opinion (and I am still a fan of Deafheaven) but I think it's the truth. The addition of orchestral arrangements mixed in with the guitar parts also brings a more 3D dimension to this album that I haven't heard on many, if any at all, other records from this genre.

That extra dimension comes from the addition of The First Light Orchestra who provide a very integral part of this album's sound. The utilization of a ten-person string section, a tuba player, and a vocalist really broadens this record's sound and scope. It sounds huge (and like a lot of cash went into making it sound so good). Don't mistake this for one of those bands who use orchestral arrangements in place of actual interesting playing or in order to make up for crappy songwriting, because for as much as the arrangements are used on here, the way they are blended together with the guitars just makes it sound amazing. A song like Last Poem is the definition of what post-rock mixed with black metal should be (in my opinion), it's the epitome of what I consider the genre to be. Instrumentally it's epic yet the melody line mixed with the vocals just comes across as sounding so emotional (not emo...) and powerful I couldn't help but be swept up in it each and every time I listened to the song. So yes, I do consider this track to be the high point of an album stripped of filler and containing only the bare essentials.

This record is amazingly badass and I love it for containing only the absolute minimum of what's needed and making it sound even more substantial than the majority of their peers. Obviously, if you're not into this style of music, post-rock, post-black metal, or screamo then this might not be the record for you, but even still I'd tell you to give it a chance. So yes, great record and I'd tell you you're stupid for not at least listening to it once.
Overall Score: 9
Highlights: Stabat Mater, Last Poem
Posted by maskofgojira at 2:14 PM