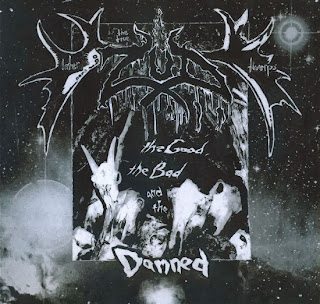 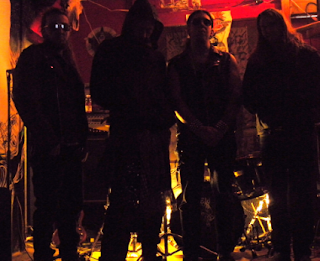 Being the debut full-length of this band, I obviously had never heard of ZUD before receiving the promo for it a few months back. The mixture of classic rock'n'roll and black metal is one that, I think, has been gaining traction in recent years, but it's still one that's fresh enough to where I'm interested in hearing what each band brings to the table. Lucky for me ZUD is far more than they might appear to be on the package.
There's something invigorating about the rock'n'roll aesthetic that I think is missing in many modern genres. From extreme metal all the way to modern radio rock and pop music, and to a certain extent even punk and hardcore music, there's a sense of joy and fun that is just lacking. Often in my reviews for the latter genres I mention how the records that I happen to enjoy the most are the ones where I can feel the passion and intensity coming from the band performing on the recording but when I listen to those early rock'n'roll recordings, those early psychedelic rock albums, there's a sense of genuinity(?) that is lacking from even those hardcore and punk records I enjoy. It just feels so unfettered and honest, in a sense, because of when it was released the rough edges are completely in tact and don't feel added on for effect. Like I said above, there are plenty of groups doing the fusion of black metal with rock'n'roll right now, but this is one of the first bands who I feel actually capture that sense of the band just having a good time playing these songs without taking away that rough edge.
Having said all that, don't come into this thinking that it's more psychedelic rock than black metal, because this is predominantly a black metal band and record. There'a huge dose of classic and psychedelic rock thrown in here for sure, but the pounding double-bass drum work, the wretched vocals, and the tremolo picked guitars are all from the black metal handbook. I actually think this is one of the better fusions of these two genres I've heard to be honest. Because the band don't separate the two styles into different songs, although I would be interested in hearing them tackle each genre on its own, it doesn't feel as forced as some other groups I've heard fuse genres together. The band also don't appear to take issue with borrowing some solid riffing patterns from classic metal records as well, bringing perhaps the most catchy addition to the record in the form of the closer, Dendrite Fumes. It's just so cohesive it's almost strange to think that this is this band's first full-length record because they pull off the combination of these genres (which very easily could have come across sounding hoaky and lame) in such a natural and authentic fashion.
Overall I really enjoyed this album. It's a fun and very entertaining ride into the unknown landscape and the band have crafted a soundtrack that is just as unique as one might expect. Definitely check this out if you get the chance and you're a fan of more interesting and fun sounding black metal. It's not super kvlt, but it's so much better than that.
Overall Score: 8
Highlights: Skull Shaped Hell, Dendrite Fumes
Posted by maskofgojira at 12:33 PM