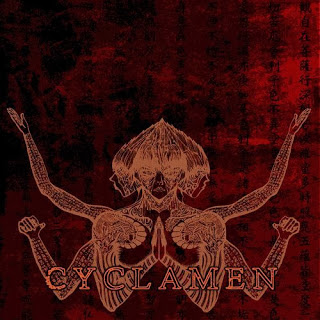 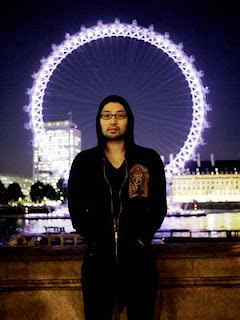 Despite being held very much within the "djent" subgenre of progressive metal, Cyclamen is a band that has never fit in so perfectly like many of their peers. Instead of focusing on the Meshuggah low-end chugs, they've explored far more interesting sonic territories since they first began. Since being stripped back to a solo project once again after the release of the band's first full-length, Senjyu, back in 2010 the project has gone on to be even more adventurous.

What I like most about Cyclamen is the eagerness to just explore. The first release from the project definitely showed a band with a heavy influence from Sikth, with plenty of spastic and technical riffing, but also a bit of post-rock in it's more ambient moments. The full-length brought out more of those quieter influences, showing full-on post-rock in some cases while also demonstrating more influences from the likes of sludge metal and math rock as well. Last years Memories, Voices EP brought out more of that post-rock influence, which in turn really showed a big Envy influence. This new album brings things back to a heavier and more aggressive style while not abandoning the more melodic side that had been explored on those aforementioned albums. Obviously, there's still new influences coming through as well, particularly on the opener, Haja-Kenshou, which just bursts open with a black metal riff. So expect stylistic expansion on here because that's something you'll get quite a bit of throughout.

In my experience with Asian bands, the vocals are the most difficult aspect to overcome for most people - I've actually never had a problem with them. Yes, this is in a different language and main man Hayato Imanishi sounds like how you might expect him (in terms of his singing voice) but I'd say a good sixty or so percent of this record leans on his screaming vocals which definitely fall more in line to the whole screamo kind of sound. Granted, you tolerance for such things obviously varies, but if you can get past the vocals, chances are you'll be able to dig into this record. While the band are probably most known for their spastic and chaotic tracks, the real highlight is seeing the other side, the atmospheric and melodic side where things are a bit slower and more evenly paced. Yes, tracks like Shiden-Issen or Shippu-Dotou are extremely fun to listen to because they're so spastic and all over the place, but for myself, it was tracks like Mugen-Houyou or Yoin-Joujou where Imanishi was using more melodic ideas that stuck with me longer.

Overall, I found this to be a pretty fun listen, while I don't believe it holds the same long-lasting effect that the last EP did, it's definitely a good record. Fans of the genre (mathcore &/or tech metal) will probably be the ones who get the most from this, but frankly, I'd say to give it a listen if you just want to hear something a little bit different. It's a chaotic but fun record that definitely has plenty of diversity, meaning it's thirty-seven minute running time never got boring.
Overall Score: 7.5
Highlights: Hyakusetsu-Futou, Mugen-Houyou, Kusoku-Zeshiki
Posted by maskofgojira at 1:06 PM