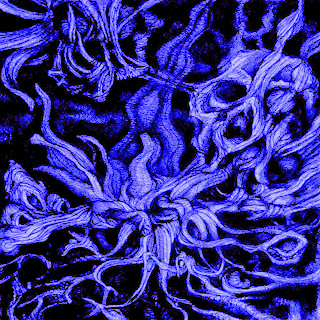 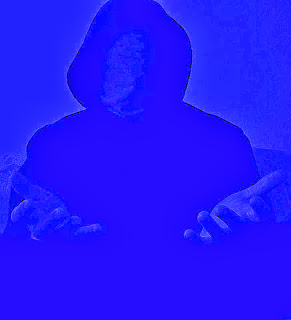 I don't know Esoterica, not really anyway - I mean I'm familiar with some of the members and participants in it, but I'm pretty uninitiated with the band. I had seen a couple of releases find their way across the blogosphere last year and earlier this year but I didn't put two and two together until I finally looked up this record in particular. Knowing that an ex-member of Chaos Moon did have me slightly intrigued as to what this would actually wind up sounding like (since I wasn't the biggest fan of their records).

After dissolving Chaos Moon in 2011 and starting this new project, Alex Poole went and brought Chaos Moon back from the dead this year. Like I said above, I've never been a huge fan of that band, they just never hit me the way it hit other people. It always just sounded like another project taking ideas from bands I liked and doing absolutely nothing with them. Esoterica on the other hand takes what I would assume to be similar influences and manages to bring them together in not only an way that is well done but also engaging. After hearing Poole rip-off Lunar Aurora in his other project for numerous releases, this full-length is the first in which it sounds like he's actually done more (in terms of songwriting) than say he really likes bands like the aforementioned. And what I mean by that is that the end result, being the six songs on this album, sound like a cohesive project and less like someone throwing a bunch of ideas at the wall and seeing what sticks. One could also attribute the more focused sound of the project simply due to a trimming down of other influences. When I looked up Chaos Moon I often see the tags of "blackened funeral doom" which you could break into numerous genres and sub-genres if you like that overarch it, but I think that it has been the funeral doom aspect is one of the reasons which has caused that project of feel so lackluster to me. Narrowing his focus to simply black metal gives this album a razor's edge-like ferocity that I haven't heard from this sub-genre in quite some time.

The atmosphere in question heard on here, feels far more haunting and melancholic than anything I've heard from either Chaos Moon or, on a different note, from recent groups within the atmospheric/ambient black metal sub-genre. I'm not even going bring up the whole depressive scene beyond this sentence which has all but squandered any good will left for it in these last few years by releasing nothing worthy of mentioning and creating atmospheres that are dull and lifeless (which may be the point in some instances). The atmosphere doesn't feel like it's overcoming the guitar work though, as has been the case with several bands recently, but the opposite remains true as well with the guitar work not completely overpowering the background synths. It's a balance that I can assume isn't easy to get (based on personal experience I can confirm that). It didn't even strike me as having a post-rock influence until the last track on here, Aether Communion, began using the typical tremolo post-rock guitar style, so I consider that a triumph. If there was a big post-rock influence on here it wasn't obvious (and thank heaven for that). I should also mention that the album becomes increasingly more memorable as it goes on with guitar melodies worming their way into your skull.

But overall this is a very strong debut full-length and it definitely get me interested in the new Chaos Moon album that I hear is coming out soon. Seeing as how I didn't really have huge expectations for this album when I first decided to listen to it I think it's apparent that I was very impressed by the end. Fans of the more atmospheric side of black metal should definitely check this record out.
Overall Score: 8.5
Highlights: A Slave's Ablution, Lethe
Posted by maskofgojira at 10:16 AM